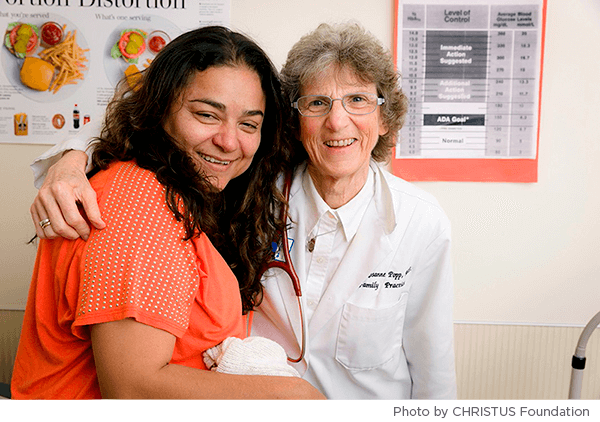 In the early years of her career, Sister Rosanne Popp had never considered becoming a doctor. Today, she is the driving force at CHRISTUS St. Mary’s Clinic. “My work really fits who I am,” says Sr. Rosanne, “Just as I was drawn to the incarnational spirituality of our congregation, I am nurtured by the earthiness of my daily work in the clinic. As I see it, this is where the rubber meets the road.”
Over the last three decades, Sr. Rosanne has accumulated missionary experience in the United States and abroad, along with enough degrees and awards to fill an office wall, which they do. After high school in Victoria, Texas, she entered a convent in her home town and earned her designation as a Licensed Vocational Nurse at a hospital in Jourdanton. Her appetite whetted, she went on in 1974, to take a Bachelor of Science degree in nursing at Incarnate Word College in nearby San Antonio. As a nurse, she worked in Cuero and Yoakum, before taking a new view of her life and her calling.
Encouraged by congregants to pursue her dream of being a nurse practitioner, working with the poor, Sr. Rosanne next journeyed to the Medical College of Virginia for two years. In Richmond, she earned membership in two honorary societies, received the school’ s Temple Memorial Award, gained a listing as an Outstanding College Student of North America and a Master of Science degree. New credentials in hand, she returned to her home state to become a family nurse practitioner in Seton East Health Center in Austin. 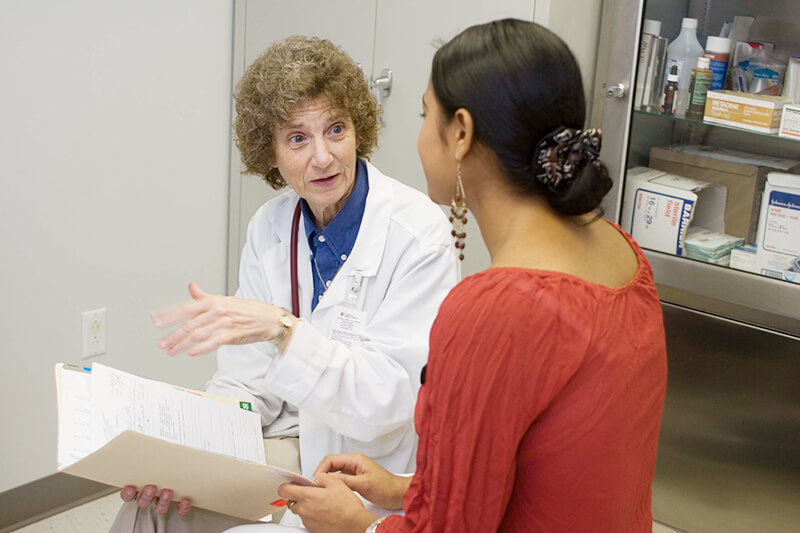 Within two years of taking her M.S. degree, she determined to make yet another move. Confronted by the question of “Why not be a doc?” she decided, indeed, Why not? After brushing up on pre-med academics and passing her MCATs, Sr. Rosanne found herself back in San Antonio labs and classrooms, this time as a medical student at the University of Texas Health Science Center. Before graduating, she would earn a prestigious membership in Alpha Omega Alpha, the nation’s medical honor society.

To crown her preparation for clinical practice, she received her Doctor of Medicine degree in 1994 and, the next year, posted the highest score of any Texas doctor on the Uni ted States Medical License Examination.

Sr. Rosanne has committed herself to helping others and she offers this advice to those seeking their purpose in life. “No matter who you are, volunteer. There are so many places that need your help. Don’t sit at home. Instead of thinking about yourself, do something for somebody else, she says,

“You’re never too busy. And, it doesn’t have to be three times a week. It could just be once a month. That’s how you make you feel good about yourself.”