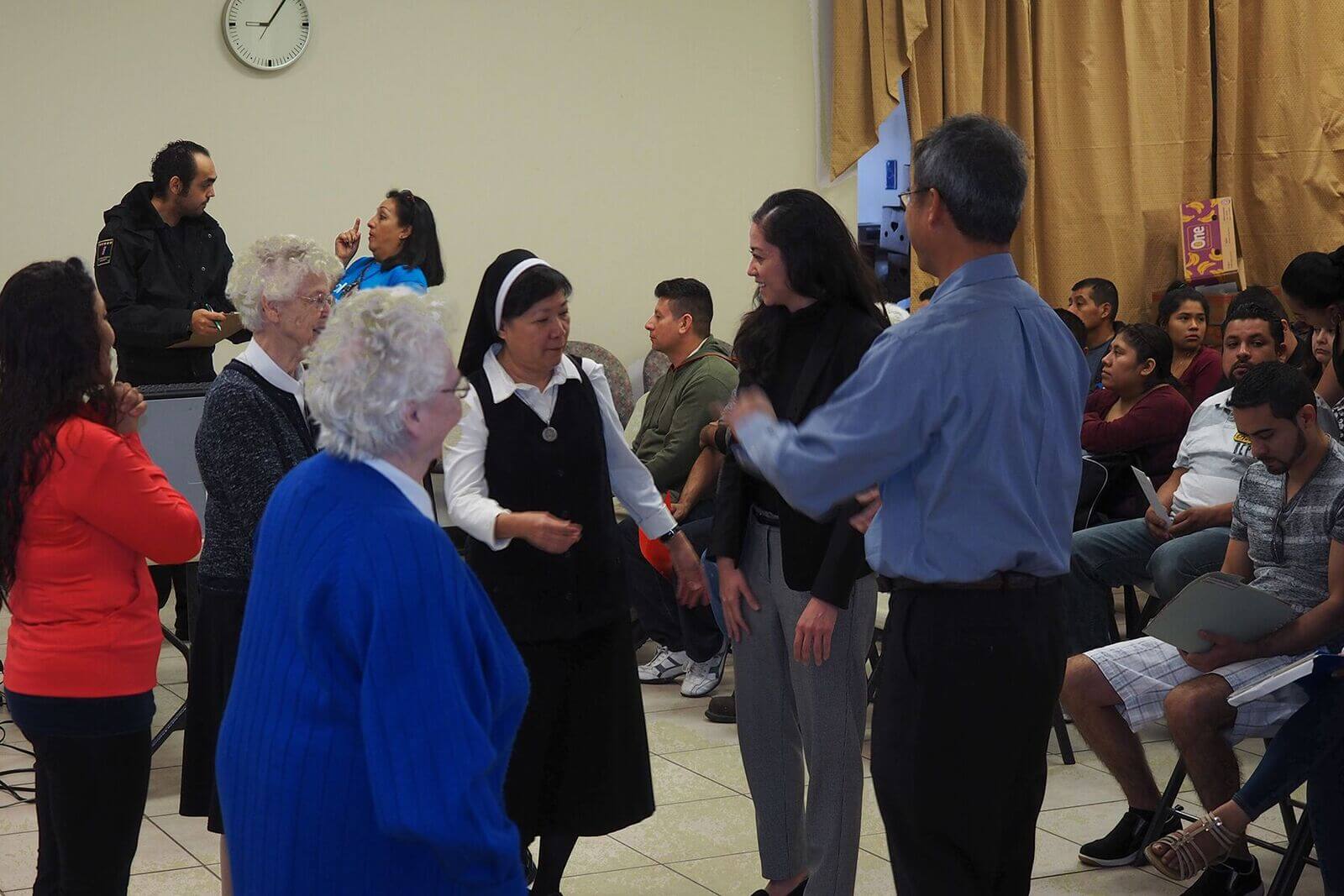 The mission of Annam Community Development Corporation (Annam CDC), a non-profit organization, is “to enhance and promote healthy living conditions for low to moderate income people in the Greater Houston area through social services, education, and housing.” Due to its extraordinary efforts, it was awarded the distinguished Bandini Award for 2016-2017 Agency of the Year by the Houston Food Bank. Since 2008, Sister Kim-Phuong Tran has served on the Board of Directors of Annam CDC. In early 2016, the Center responded to the needs of the Hispanic community members by collaborating with the Mexican Consulate in Houston to function as a legal documentation processing site. This operation was marked by extensive team work and was noted as one of the first instances that the Mexican Consulate extended agencies of this kind into the city of Houston. The Program is known as “Mexican Consulate on Wheels”. In a period of two weeks, the Mexican Consulate granted immigration documents to more than 1,200 Mexican-born residents.

Sisters Ernestine Mulvey, Kim-Phuong Tran, and Margaret Ann Toomey, Laura Sanchez, coordinator for Hispanic Ministry at Annam (in the red jacket) and Georgina Saldana, Consulate of Mexico “Consulate on Wheels” (in the black jacket) and Mr. Joseph Do, Executive Director of Annam during their visit to the Mexican Consulate on January 11, 2017. Joseph shared about their ministry and collaboration with the Mexican Embassy during the summer ARC at the Villa.