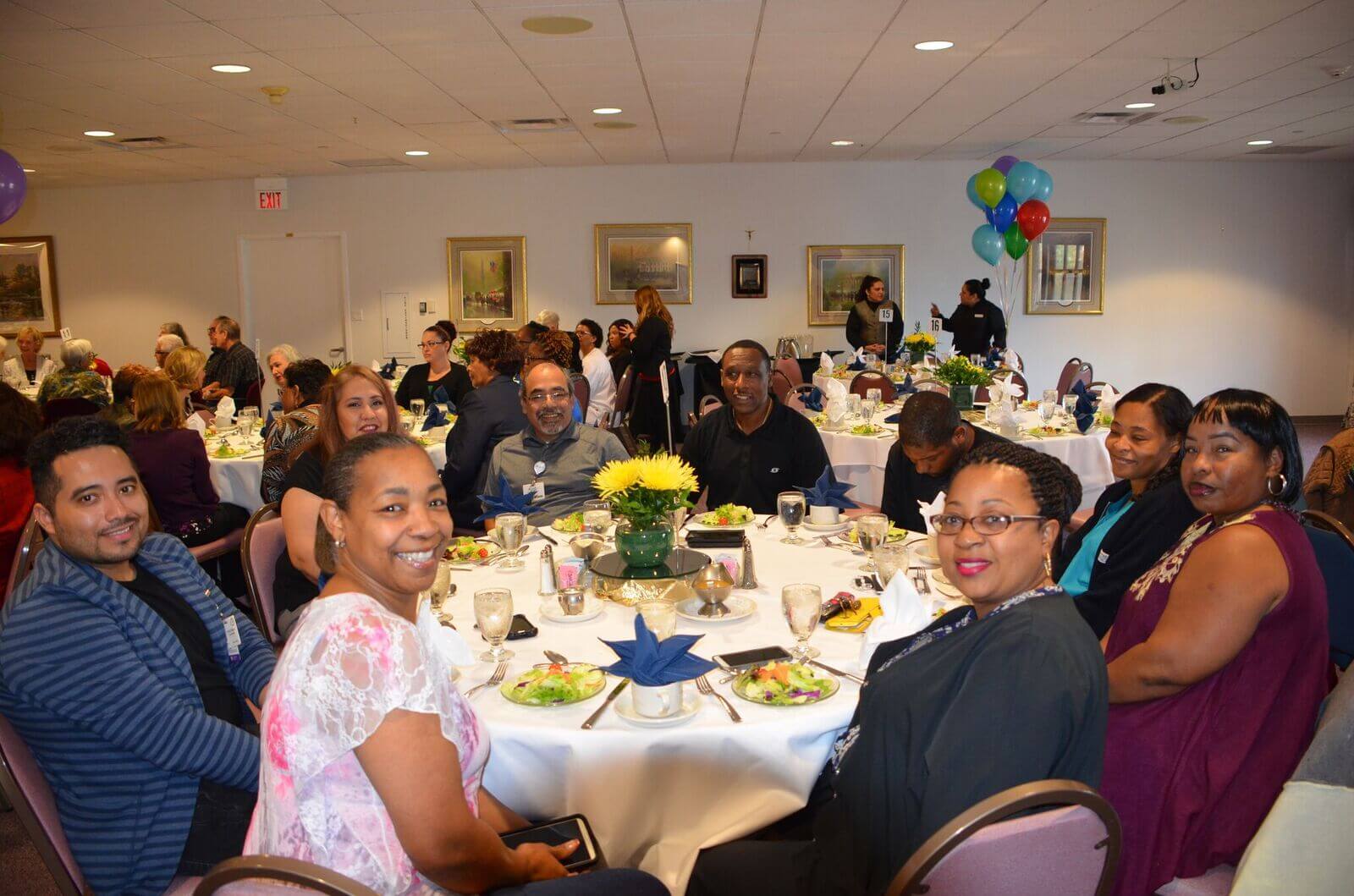 On January 12, 2017, the Congregation of the Sisters of Charity of the Incarnate Word hosted a special appreciation celebration in honor of the Villa de Matel Associates, Volunteers and CCVI Associates. The occasion began with a joyful Eucharist celebration in the Villa de Matel Chapel. The Mass was presided over by the Reverend Lucio Castillo, O. M. I., who spoke about “Your Greatest Gift” during his homily. In summary, your greatest gift is you. After Mass, the attendees proceeded to the Dubuis Conference Center where they were treated to a delicious meal in a festive atmosphere during which scrolling photos of Villa de Matel Associates and others adorned the space. The meal had options for every taste as there was food from multiple cultures including American, Mexican and Asian cuisines. Beginning at desert time, a very lively Mariachi band came in and played and sang. Many attendees and Sisters got up to dance; Sisters Kevina, Alice Mary, Rachel, and Margaret animated all to join in the dancing. At one point a conga line started that wove its way through the tables. The band played several songs that the attendees knew including the “Macarena” making the dancing and singing very interactive and fun for all. Then, the participants had the pleasure of viewing the new 150th Anniversary Video named: Serving with Gladness. The video received a spontaneous applause. Several times during the festivities, Sisters Mary Pat and Kim drew names for several prizes for the attendees. A beautiful glass mug specially designed for the 150th Anniversary was given to everyone in attendance. All the festivities were most enjoyable and it was a great way for everyone to have a part in celebrating with the Sisters during their anniversary year. The Villa de Matel Associates, Volunteers and CCVI Associates express their sincere gratitude to the Sisters for this wonderful celebration where everyone enjoyed themselves. 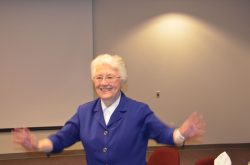 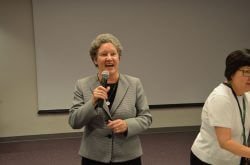 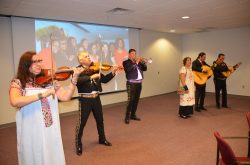