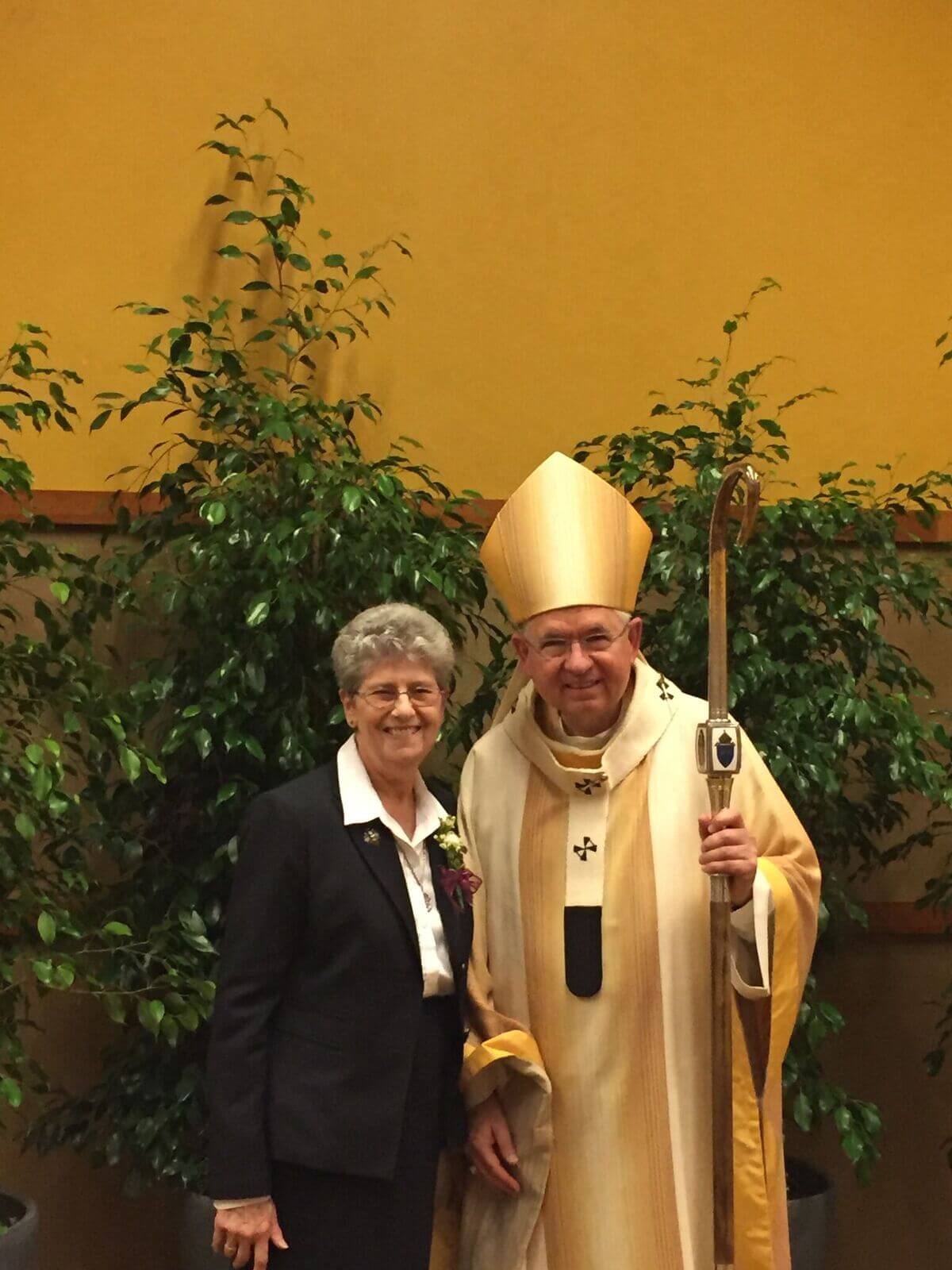 By Sr. Celeste Trahan, CCVI
At the Cathedral of Our Lady of Angels , Archdiocese of Los Angeles, on Sunday January 29,2017, Archbishop Jose Gomez, along with five auxiliary Bishops from different Regions of the archdiocese and many diocesan priests, celebrated the annual Mass honoring 100+ Jubilarians from twenty-four multicultural and multilingual religious communities of women and men. The Jubilarian groups celebrated 25, 40, 50, 60, 65, 70 and 75 years of profession. The Mass was celebrated in the Cathedral of Our Lady of Angels in Los Angeles, where approximately 70 Jubilarians were actually present. Also during the Mass, six religious congregations were honored for their anniversaries of continuous service in the Archdiocese, as well as those celebrating anniversaries of Foundation, including CCVI for our Sesquicentennial.
After the Mass, a reception was held in the conference center, and the Sisters and priests were able to have pictures taken with Archbishop Gomez, both in their community groups and as individuals. It was a very nice occasion to join together, giving witness to the Church of faithful service in religious life. 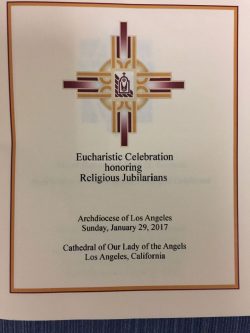