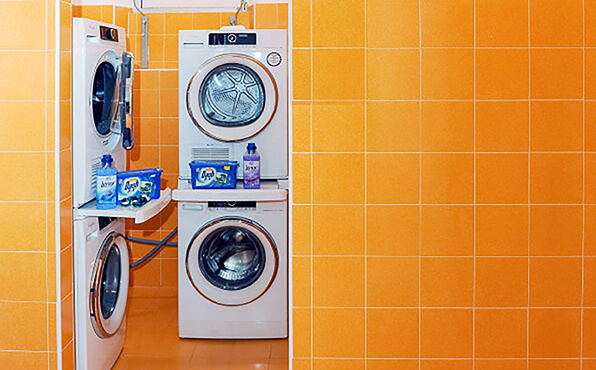 At a new laundromat in the center of Rome, no one needs quarters. The Pope Francis Laundry–opened by the Pope himself–is a place where homeless people and others struggling with extreme poverty can wash and dry a load of laundry for free.

The laundry is meant to “restore dignity to so many people who are our brothers and sisters,” Archbishop Konrad Krajewski said in a press release from the Vatican. “One of the greatest difficulties for those who live on the streets, along with that of finding food, a place to spend the night and public baths, is to wash and dry the clothes they wear, in many cases, the only ones they own.” A barbershop, showers, and healthcare facilities will be added on-site later. It might be the first laundromat opened by a pope, but it isn’t Pope Francis’s first effort to help the homeless.