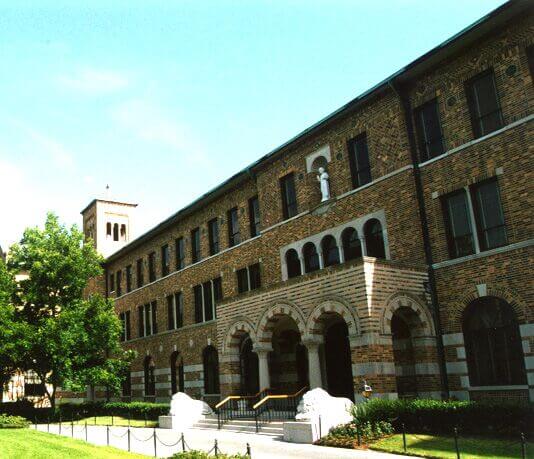 Each year, the Muslim community celebrates the month of Ramadan. On Wednesday, June 14, 2017, Muslims in Houston, and a representative of the Jewish community, joined the Sisters of Charity of the Incarnate Word at Villa de Matel Convent for a Ramadan meal and were privileged this year to celebrate with them. Representatives from the three faith traditions (Catholic, Islamic and Jewish) gave input on their way of fasting, its meaning and signiﬁcance. Sisters Helena Adaku Ogbuji and Marisa Revert Font represented the Catholic faith and shared on the meaning of its forty-day fast which begins on Ash Wednesday and ends with the Easter Triduum.

This is in line with the 40 days of fasting of Jesus in the desert after his baptism and before his public ministry. During this time, “Christians are asked to return to God ‘with all their hearts’ (Joel, 2:12), to refuse to settle for mediocrity and to grow in friendship with the Lord” (Message of His Holiness Pope Francis for Lent 2017).

The key foundations of these forty days are prayer, fasting and alms-giving. The Catholic Lenten observances are similar to the Ramadan observances of the Muslim faith with fasting and personal spiritual reﬂection; prayer, penitence, alms-giving and self-denial. In other words, the same traditions that are stressed in Lent are also part of the Islamic observance of Ramadan and the Jewish High Holy Days. Fasting, repentance and forgiveness are the hallmark of the Jewish High Holy Days as well as for the Ramadan of Muslims. The Qur’an says Muslims should fast during the month of Ramadan because that is when the Qur’an was revealed (2:185). Both Ramadan and Lent end in a joyous festival. Ramadan concludes with the Festival of Fast Breaking, Eid al-Fitr; Lent ends with Easter, the festival of the Resurrection, which celebrates new life in Christ. Muharrem Ali Tunc shared on the Islamic religious tradition and Willy Kuehn shared on the Jewish tradition.

Most Reverend Joseph A. Fiorenza, Archbishop Emeritus of Galveston-Houston, concluded with a powerful reﬂection on the unity of these faith traditions in the worship of the Abrahamic God who created every human person in His image. He explained that the God who called Abraham is the same God that these three faith traditions seek. While our doctrine and ideology may differ, we believe in one God who created all human beings and who encourages us to pray, to abstain and fast from anything that may keep us away from God. And, to love and serve the poor, the sick, and those suffering in any way. He called us to glorify God in our diversity and to respect our differences.

The Sisters of Charity of the Incarnate Word were honored and privileged to have this opportunity to share with our Muslim and Jewish brothers and sisters.