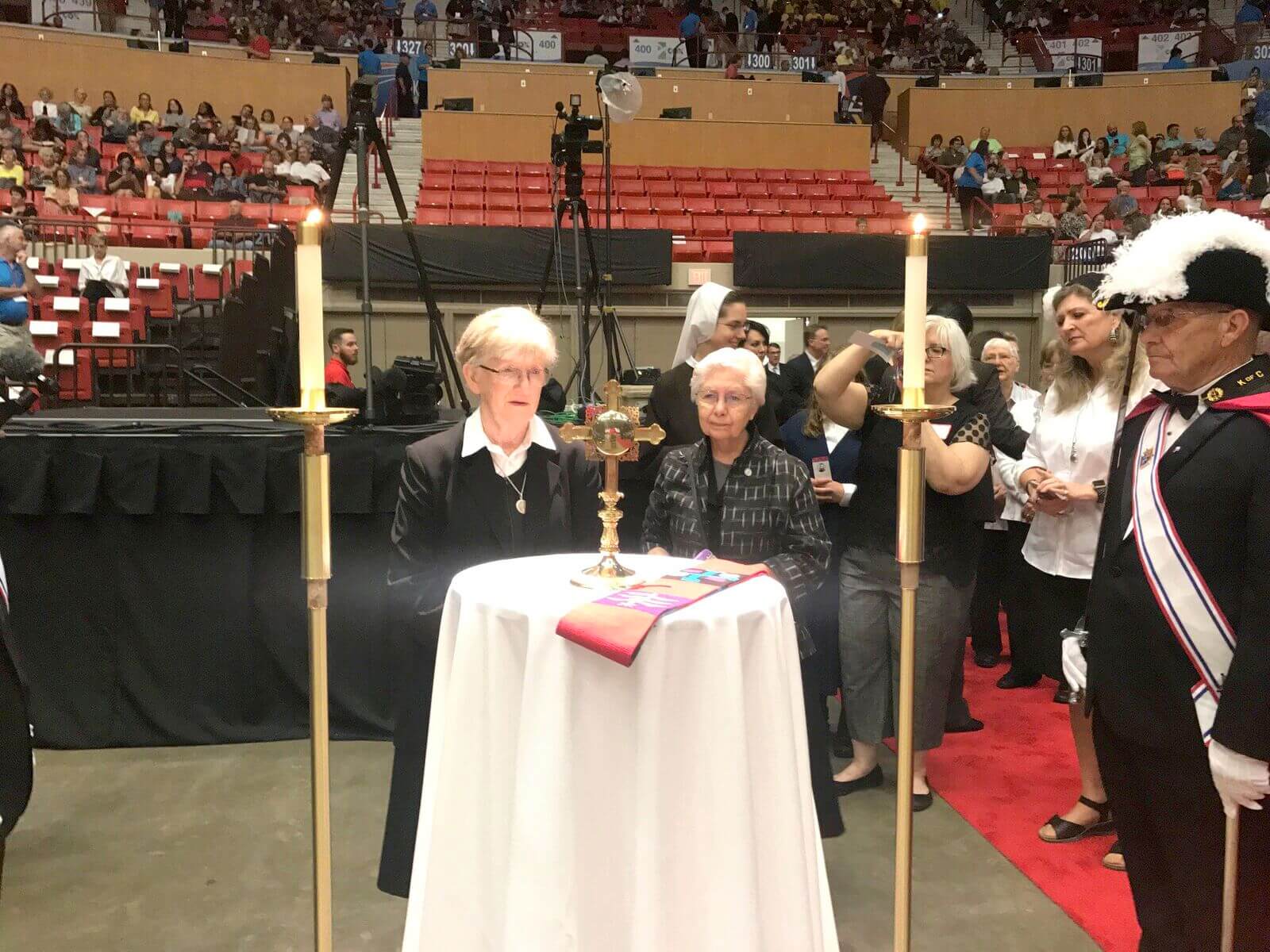 Recently, our Sisters joined close to 20,000 people or more on September 23, for the beatiﬁcation of Fr. Stanley Francis Rother, a native of Okarche, Oklahoma, who was martyred in 1981, while serving in Guatemala. Many people were also able to watch the ceremony via live video stream, including residents of Santiago Atitlán in Guatemala, where Rother had served from 1968 until he was murdered on July 28, 1981.

The Mass was celebrated by Cardinal Angelo Ama-to, prefect of the Congregation for the Causes of Saints and Archbishop Paul Coakley of Oklahoma City. More than 50 bishops and cardinals, from Italy, South Africa and Guatemala, as well as more than a dozen from U.S. states, participated. The Mass included sections read in English, Spanish, Vietnamese, Filipino, Korean, Co-manche, and Tzutujil. The event began with a premiere screening of a new documentary ﬁlm on the life of Rother, commissioned by the diocese.

This was an amazing day for the Sisters and the several thousands of people present. In addition to attending the Mass, the Sisters also visited the grave of Fr. Stanley. Six months ago, his remains were transferred from the Trinity Catholic Cemetery in Okarche, Oklahoma to the Resurrection Cemetery in Oklahoma City. They also met Monseñor Julio Cabrera of Guatemala and the late Fr. Stanley’s biological sister, Sr. Marita Rother, A.S.C.

The Sisters were hosted by Mary Ann, a religious consecrated virgin of Oklahoma, who drove them to all of the events and provided hospitality during their stay. The Sisters are so grateful for the opportunity to have attended this most historical and sacred event. Praised be the Incarnate Word. Forever. 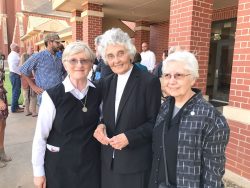 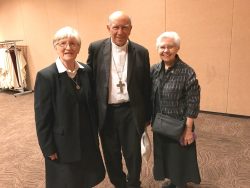 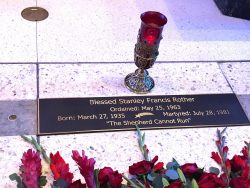