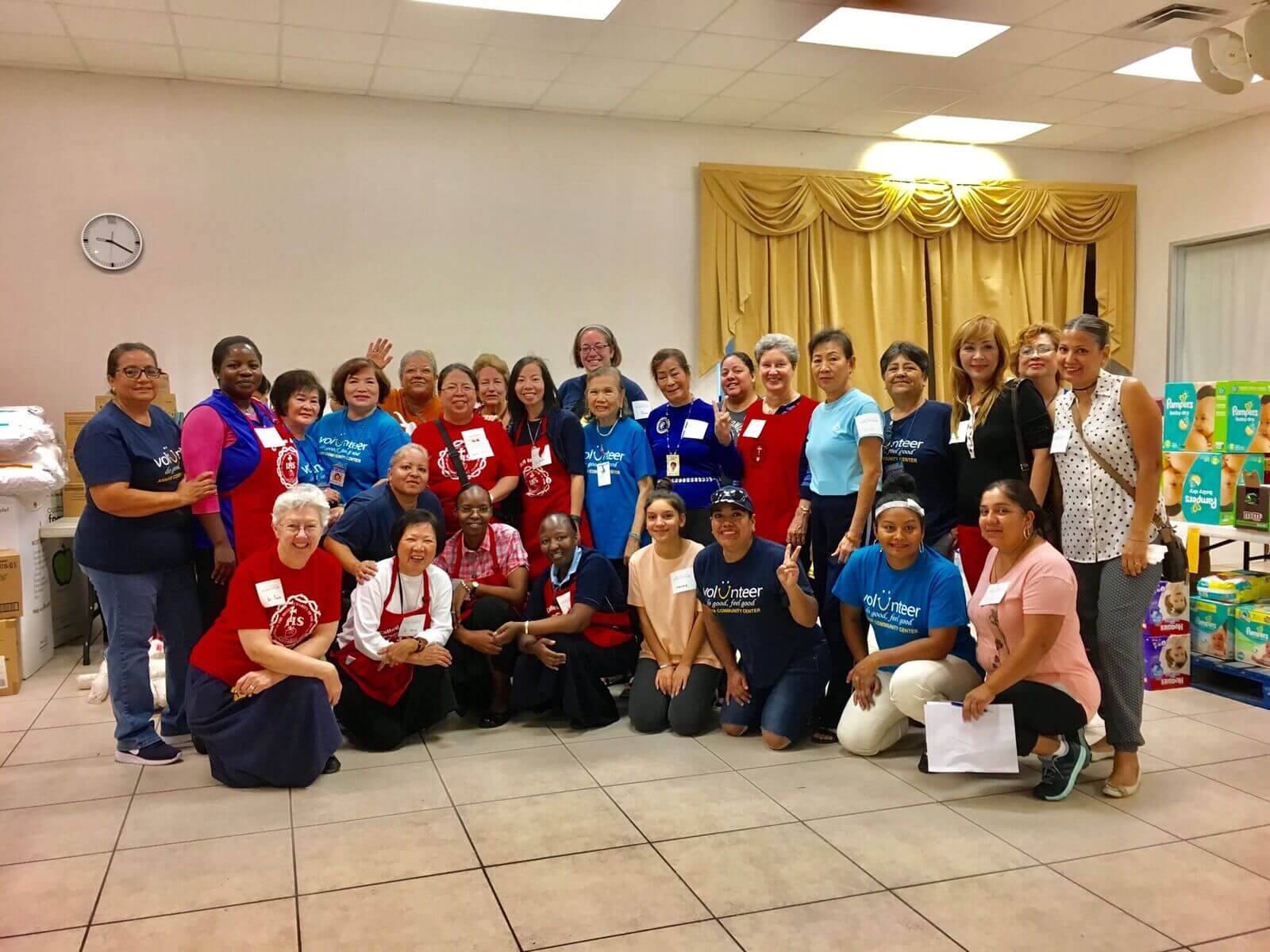 Hurricane Harvey made landfall on the Texas Gulf Coast on August 25, with winds topping 130 miles per hour as a Category 4 hurricane. The resulting ﬂoods inundated hundreds of thousands of homes, displaced more than 30,000 people and prompted more than 17,000 rescues.

The George R. Brown Convention Center in Houston was turned into a shelter to house people who were displaced by the high water. And, the Vietnamese American Community Center, operated by the Annam Community Development Corporation, began providing support to those impacted as well. Other organizations also opened their doors and provided shelter and provisions to those in need. And, many churches serve as needs distribution centers to service those shelters.

Sisters began volunteering as soon as possible at both the Vietnamese American Community Center and the George R. Brown Convention Center. And, many of our Sisters are continuing to volunteer to help those in need. Together, we bring the healing presence of Jesus Christ to those people impacted and displaced by Hurricane Harvey. 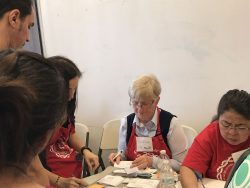 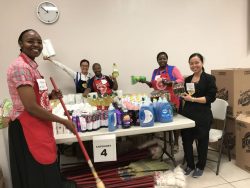 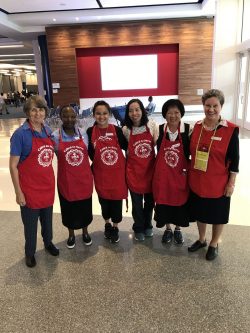