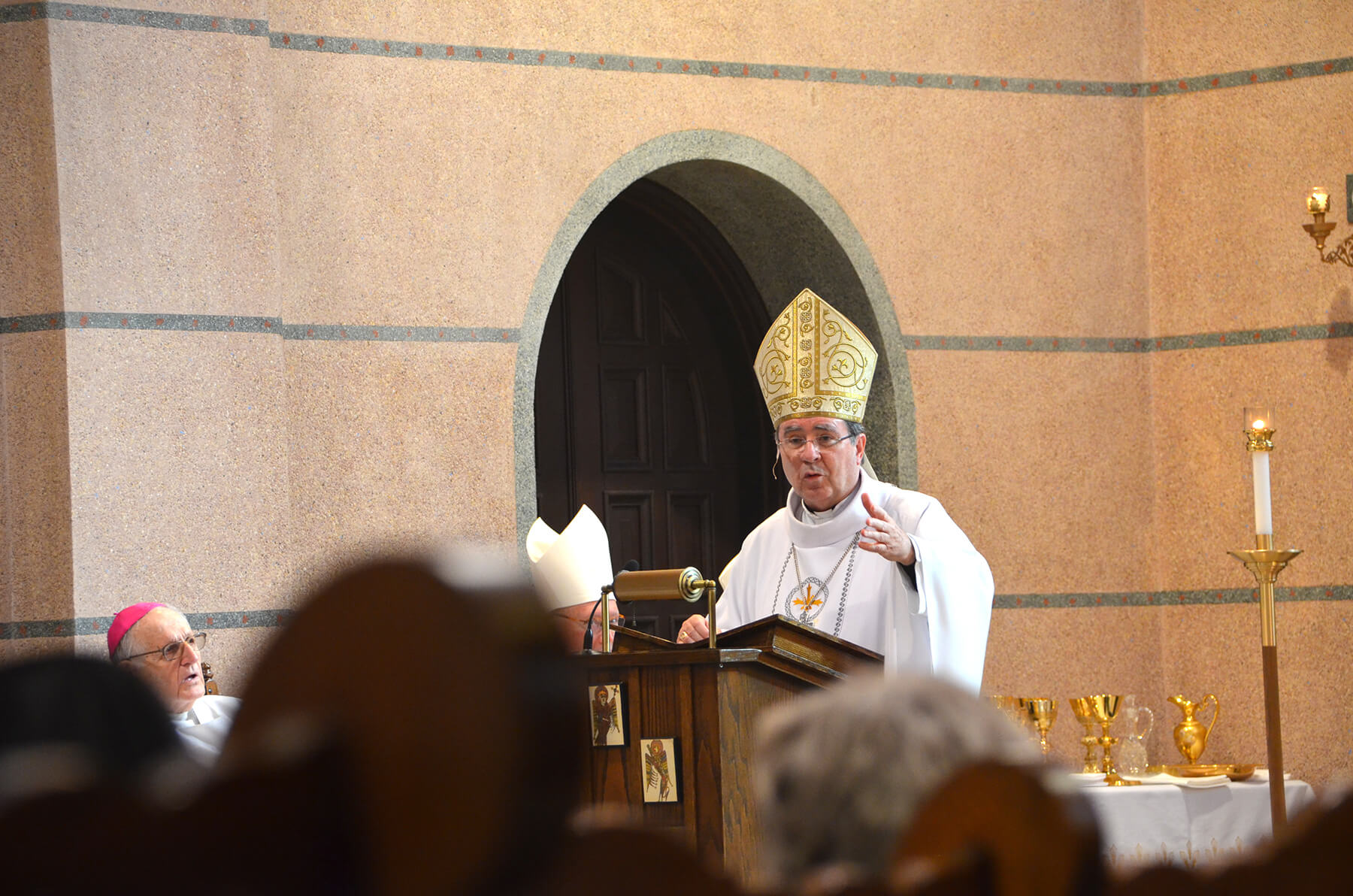 On October 25th, 2017, Villa de Matel was a hive of activity and excitement as Sisters and Co-Ministers put final touches together for the closing celebration of our Sesquicentennial Year. The closing Eucharistic Celebration in the Conventual Chapel of the Immaculate Conception at Villa de Matel was the focus of the day as we gave thanks to God. We remembered the “Yes” of our first three Sisters to the plea of Bishop Claude Marie Dubuis, our Founder: “Our Lord Jesus Christ, suffering in the persons of sick and afflicted of every kind, seeks relief at your hands,” on the anniversary of their arrival in Galveston, Texas one hundred and fifty years ago.

The Closing Eucharist at 4 p.m. was truly an act of Thanksgiving to God on the part of the Sisters of Charity of the Incarnate Word and representatives from the faith community of those who are or who have journeyed with our Sisters throughout these many years. We were honored to have as Presider, His Excellency Most Reverent Christophe Pierre, Apostolic Nuncio to the United States, who brought cordial greetings from Pope Francis to the Congregation. He is originally from France. This was a lovely link with our heritage and beginnings in France. Many of us thought as he spoke ‘this must have been like Bishop Dubuis’ accent!’ Concelebrating were: His Eminence Daniel Cardinal DiNardo, Archbishop of Galveston-Houston, Texas, the Most Reverends: Joseph A. Fiorenza, Archbishop Emeritus of Galveston-Houston, George Sheltz of Galveston-Houston, Joe Vasquez of Austin, Texas, James Tamayo of Laredo, Texas, Glen John Provost of Lake Charles, Louisiana, Michael Gerard Duca of Shreveport, Louisiana, and Michael Mulvey of Corpus Christi, Texas, Rev. Msgr. Frank H. Rossi, the Reverends: Dat Hoang, Paul R. Chovanec, Michael T. Grey, C.S.Sp., Ken O’Malley, David Cottingham, C.S. Sp., Jeffery Lee Bame, Chris Nayak, John Francis Ulm, George Okeahilam, M.S.P., Evaristus Chukwu, M.S.P. and Fr. Faustinus Okeyikam, M.S.P., who served as the Master of Ceremonies.

The homily by the Papal Nuncio was profound as he reflected on the witness of living the evangelical counsels today with a focus on continuing to answer our call to be agents of justice and love in the world. He ended by asking us to recall the words that Pope Francis used as he concluded the Year for Consecrated Life: “Consecrated persons are called to be concrete and prophetic signs of God’s closeness, of this sharing in a condition of fragility, of sin and of the wounds of people in our time. All forms of consecrated life, each according to its characteristics, are called to be in a permanent state of mission….” Following the closing words of thanks by Sr. Kevina, Cardinal Di Nardo thanked the Sisters for their contribution to the Church of Galveston-Houston throughout the years.

The liturgy was one continuous hymn of praise and thanksgiving to God, led by Sr. AngОlica GonzЗlez, CCVI, Cantor, Phyllis Harris, Organist, Sr. Symphonie Giao-Huong Ngoc, CCVI, Pianist, and the Houston Quintet: Tom Tillotson, Trumpeter, Hae-a-Lee, Violinist, Kana Kimura, Violinist, Elizabeth Golofeve, Violinist, and Courtenay Vandiver as Cellist. The Word was proclaimed by Sr. Kevina Keating, Sr. Ricca Dimalibot, and Deacon Ly Nguyen. One of the most touching moments for many was during the thanksgiving after Holy Communion when Schubert’s Ave Maria was played on the organ, accompanied by the trumpet filled the chapel; it seemed that Mary, Our Mother, who has faithfully watched over us through the years was encouraging us onward as we walk with faith into the future.

Following the Eucharistic, all were invited to a delicious meal at the Dubuis Conference Center, where Archbishop Emeritus Fiorenza led us in blessing the food. Throughout the meal, a slide presentation showing images and text of outreach initiatives to the vulnerable by our Sisters during this year of celebration was showing in the background. We enjoyed each other’s company and sharing with friends and Co-Ministers. After the meal, the Papal Nuncio took time to go around and meet everybody. The year-long celebration honored our past, celebrated the present, and inspired hope for a faithful future in collaboration with others. We are most grateful to all those who made this 150th Anniversary Year memorable, inspiring and one of gratitude to those who have journeyed with us since our beginning 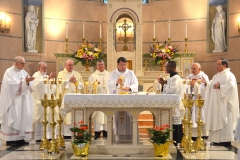 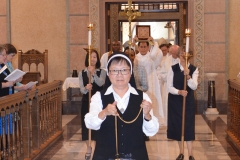 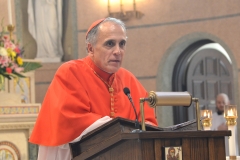 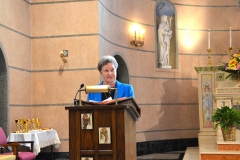 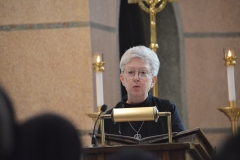 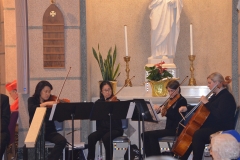