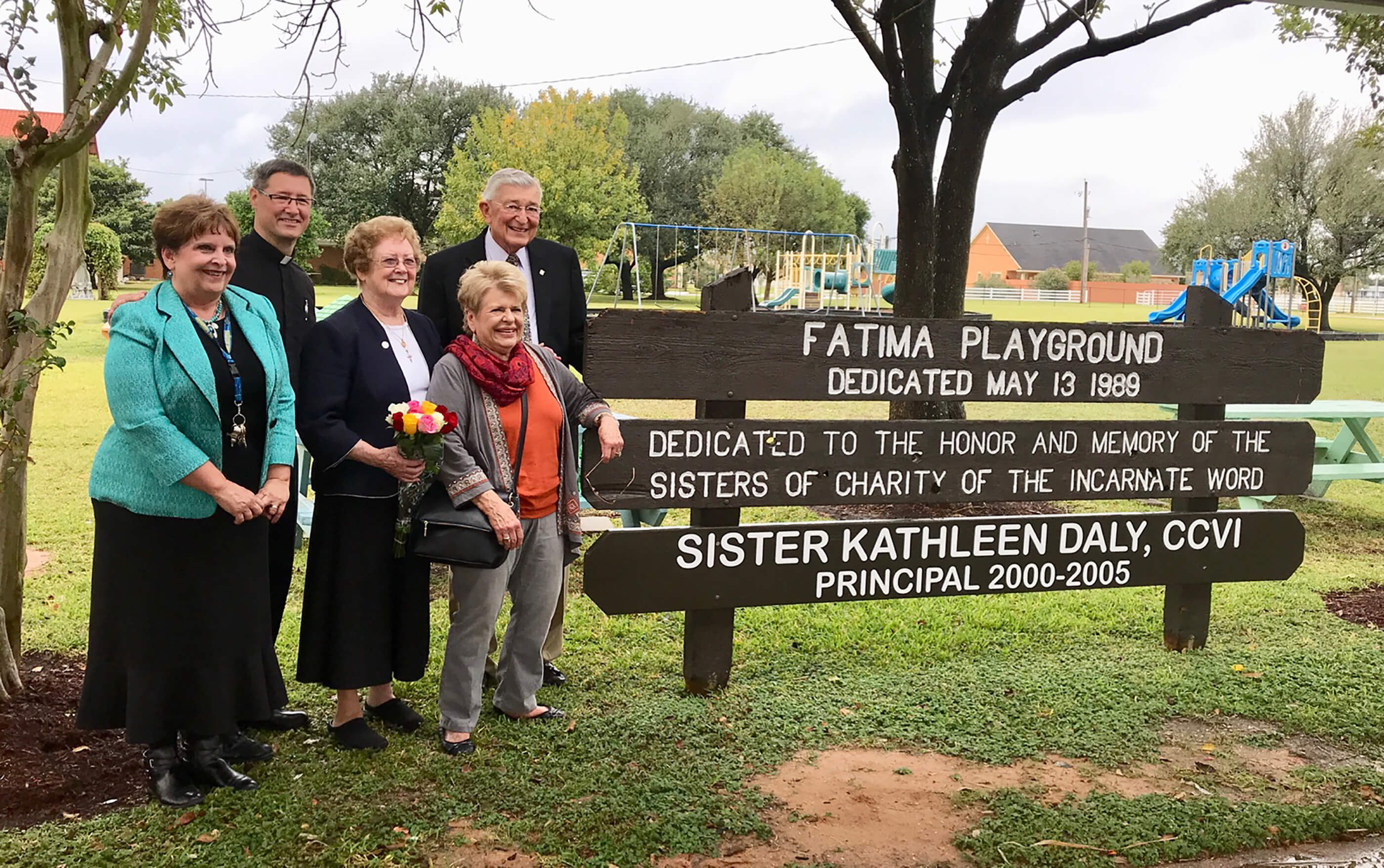 Following a Mass, presided over by Fr. Clint Ressler, Sr. Kathleen along with the teachers and students (dressed in costumes symbolizing different saints) proceeded to the school where Mrs. Gayle Rodgers, Principal, took her to the 2nd grade classroom where she was greeted by the Mayor of Texas City, Mr. Matt Doyle.

Mayor Doyle then accompanied her to the school auditorium where she was greeted by Fr. Clint, Charles and Mary Ellen Doyle, members of the Chamber of Commerce, former parents and students.

Principal Rodgers, welcomed Sr. Kathleen and introduced her as a former Principal who was responsible for reopening the school in 2000. She shared that the new playground in progress would recognize Sr. Kathleen’s contribution to the success of the school.

Principal Rodgers read an excerpt from a letter written to Sr. Kathleen by former teacher, Mike Falco in 2005, which reads in part, “You have helped me realized why I am on this planet. I value those three short years at Fatima. It helped me mature professionally and prepared me for the realization that educating and nurturing children is the single most important job on this earth and sets the stage for generations to come.

It is going to be hard for me to think of Fatima without your calm presence and guiding hand. I have been blessed with the opportunity to work with the best in the education fi eld, and pray that God blesses your work in whatever area you decide to pursue. Love and prayers,” Mike Falco, Montessori Teacher.

After the ceremony, the attendees proceeded to the playground to take photos and to admire the new sign that bears Sr. Kathleen’s name along with that of the Congregation. The celebration ended with a delicious lunch at the Armory Club in Galveston as guests of Charles and Mary Ellen Doyle. CONGRATULATIONS, SISTER KATHLEEN!