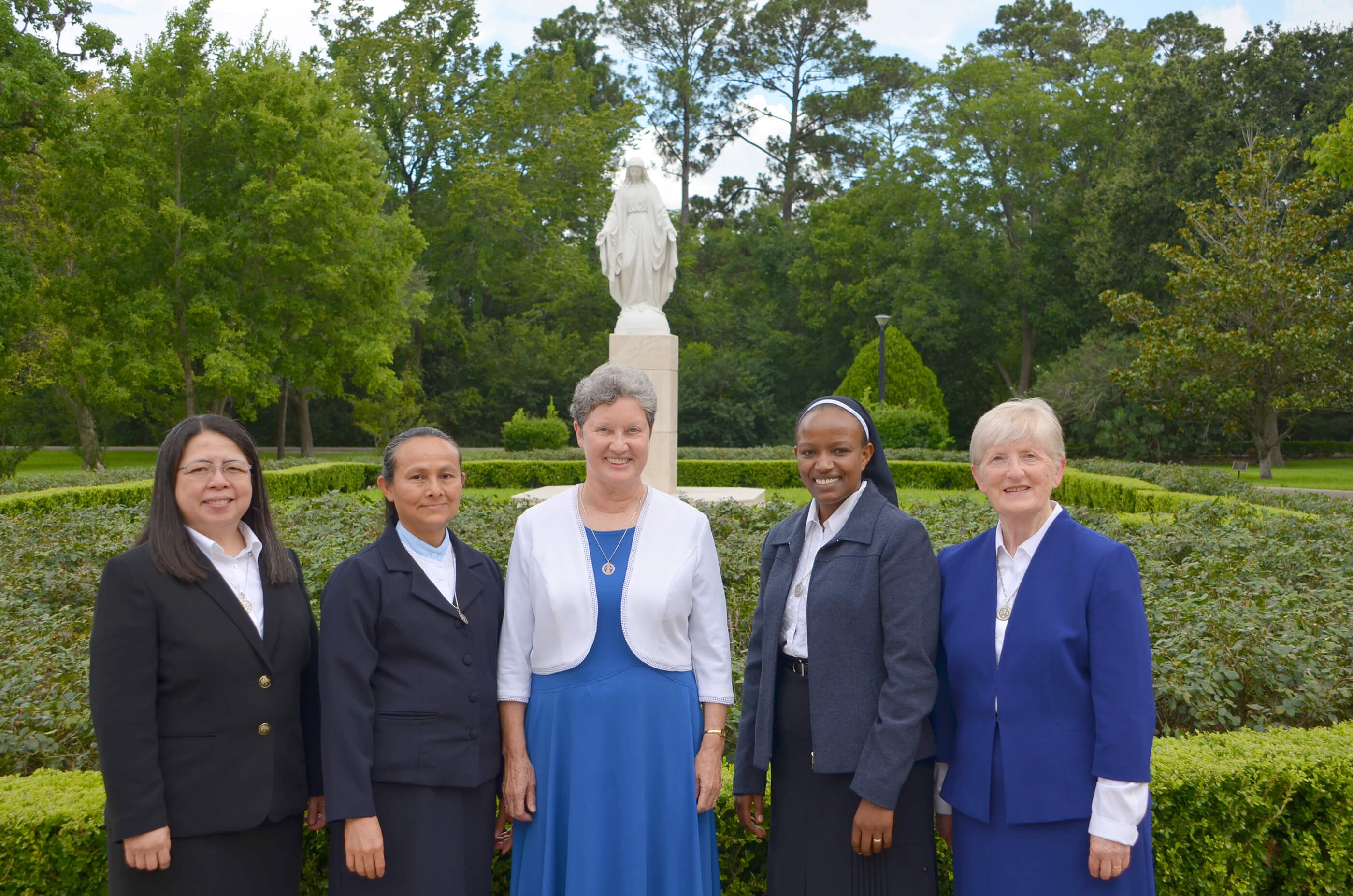 The Congregation of the Sisters of Charity of the Incarnate Word, Houston, Texas, recently elected a new Congregational Leadership Team during their General Chapter which took place at Villa de Matel where the Sisters from the various countries gathered for the event.

These Sisters have served in various positions over the years including their most recent ministries: CCVI Congregational Leader, CCVI General Councilor, Formation Director, Financial Analyst, and Physician.

The inspiring Installation Eucharistic celebration took place in the Conventual Chapel of the Immaculate Conception at Villa de Matel, on July 7, 2018. The presider and homilist was His Eminence Daniel Cardinal DiNardo, D.D.; the concelebrants were Archbishop Emeritus Most Reverend Joseph A. Fiorenza, D.D., the Reverends Kenneth O’Malley, C.P., John Rooney, John F. Ulm, Phil “Skip” M. Negley, M. S., and Assistant to the Cardinal, Rev. Jeffrey Bame, and Deacon Leonard Lockett. CCVI sisters, religious of other congregations, and numerous guests and friends were in attendance. A festive meal followed the Eucharistic celebration in the Dubuis Center.

The Congregation of the Sisters of Charity of the Incarnate Word was founded in Galveston, Texas, in 1866, by Bishop Claude Marie Dubuis, second bishop of Galveston, Texas. At that time, the Diocese encompassed the whole state of Texas with its See located in Galveston. The first three Sisters came from Lyon, France to care for the sick, the elderly and orphaned children. In 1926, the Motherhouse was moved to the newly built Villa de Matel Convent in Houston where it still is today. The Sisters serve in the ministries of education, health care, social concerns, and spirituality in six countries: El Salvador, Guatemala, Ireland, Kenya, Mexico and the United States of America.

Congratulations to the new CCVI Congregational Leadership Team! May God continue to bless them and give them the wisdom they need to serve the Congregation and the Church, and to respond “to the needs of our times.” Praised be the Incarnate Word. Forever! 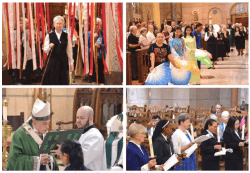 (Top L-R) Sister Pauline Troncale leads the Entrance Procession. Sisters represent their cultures as they dance during the Procession. His Eminence Daniel Cardinal DiNardo, D.D, leads the Rite of Installation. The new CCVI Leadership Team commits to serve the Congregation and the church.

For more information, contact Allyson Ward Neal, Director of Communications at 713-580-6582 or aneal@ccvi-vdm.org.

The Congregation of the Sisters of Charity of the Incarnate Word, Houston is made up of women religious serving within the Catholic Church as signs of God’s presence in the world. Whatever the form of their ministry, it is by means of their own lives that they witness most convincingly to the presence of Jesus Christ. They share their gifts in ministries of education, healthcare, social concerns and spirituality. Based in Houston, Texas, the Sisters directly serve those in need in El Salvador, Guatemala, Ireland, Kenya, Mexico, and the United States.