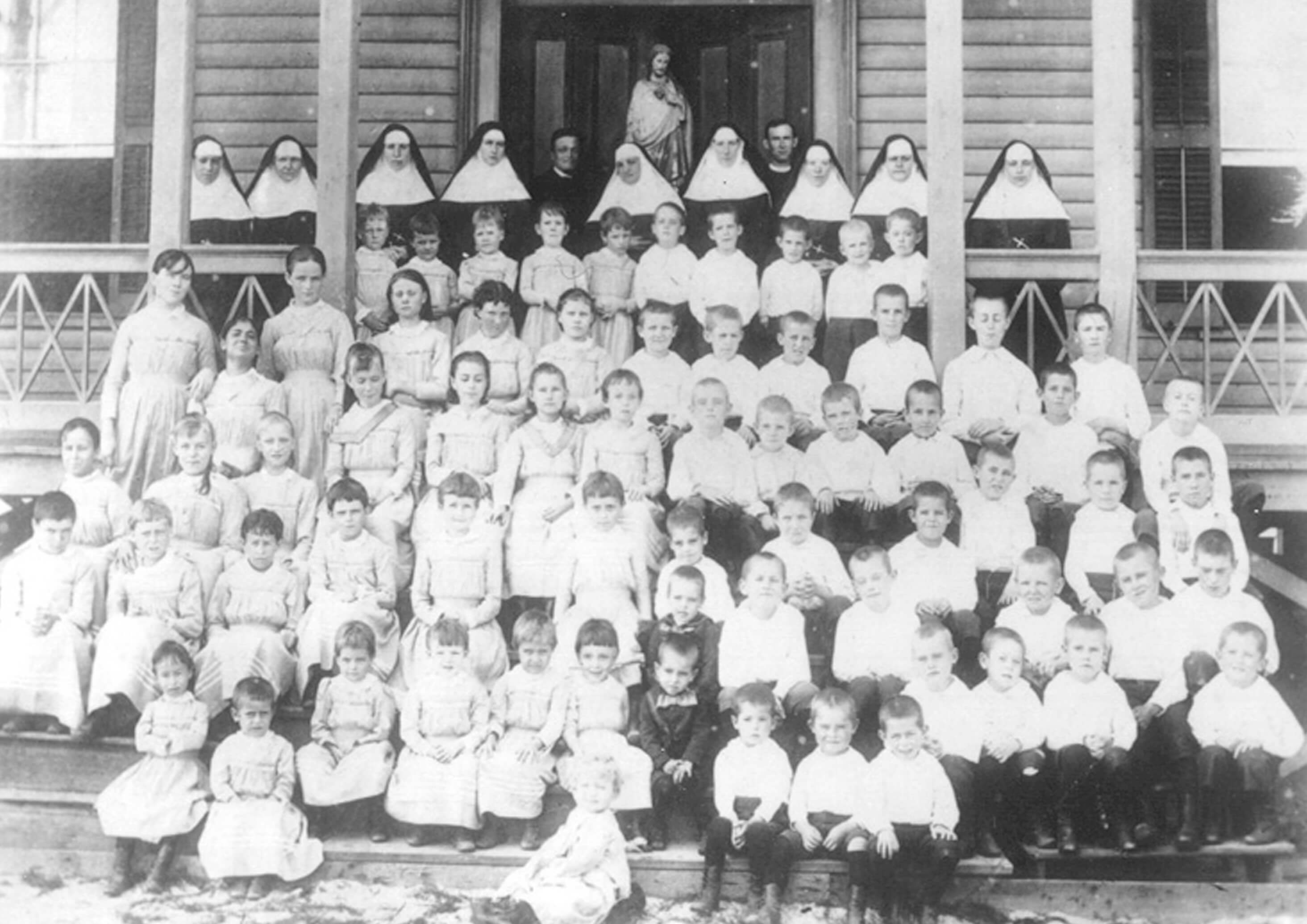 On September 8, 1900, Galveston, Texas, was struck by a catastrophic hurricane that is still considered the 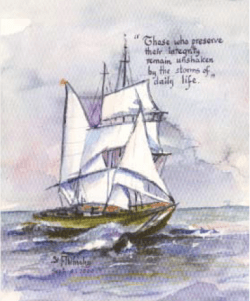 worst natural disaster ever to strike the United States. Among the more than 6,000 men, women and children killed by this storm were 10 of our Sisters and 90 children in their charge at St. Mary’s Orphanage.

The orphanage was located outside the city limits on beach front property between the gulf and a bayou. It consisted of two large, two-story dormitories with balconies facing the gulf.

Within the island city of Galveston, our Sisters operated St. Mary’s Infirmary, the first Catholic hospital in the state.

By mid-afternoon, the waters of the gulf had eroded the sand dunes in the front of the dormitories and were approaching the orphanage steps. Recognizing the severity of the storm, the Sisters brought all the children into the girls’ dormitory because it was the newer and stronger of the two. To calm the children, the Sisters had them sing Queen of the Waves, an old French hymn. By late that afternoon, the waters of the gulf filled the first floor of the dormitory. In an effort to protect the children, the Sisters tied the orphans to themselves with clothesline. Each Sister tied to herself from six to eight children. It was a valiant, yet sacrificial effort.

The flood waters filled the first floor of the hospital and the wind and rain whipped through the building which had lost most of its windows due to flying debris. From the second story balcony of the hospital, the Sisters helped to bring more and more storm refugees into the overcrowded structure. The 1875 St. Mary’s Infirmary withstood the storm and no lives were lost in the building. However, the original chapel and convent were destroyed. 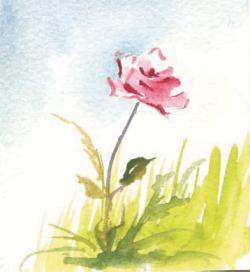 At the orphanage, the girls’ dormitory was lifted from its foundation by the rising waters and then sank trapping the Sisters and children. The Sisters who died were: Sisters Camillus Tracy, Evangelist O’Sullivan, Elizabeth Ryan, Vincent Cottier, Genevieve Davalos, Catherine Hebert, Raphael Elliot, Felicitas Rosner, Benignus Doran and Finbar Creadon. Only three boys were able to escape: Albert Campbell, Frank Madera and William Murney. The Sisters and children who died at the orphanage were buried wherever they were found, still tied together.

Wherever members of our Congregation are in the world on September 8th, we sing Queen of the Waves. We sing and remember the children, our Sisters and all those who faced the incredible tragedy known as the Great 1900 Storm. A floral wreath will be placed on the Texas State Historical Marker at 69th Street and Seawall Boulevard, the location of the former orphanage, on September 8, as is done each anniversary.

Both water colors on this page are by Sister Frances Therese Whooley, CCVI