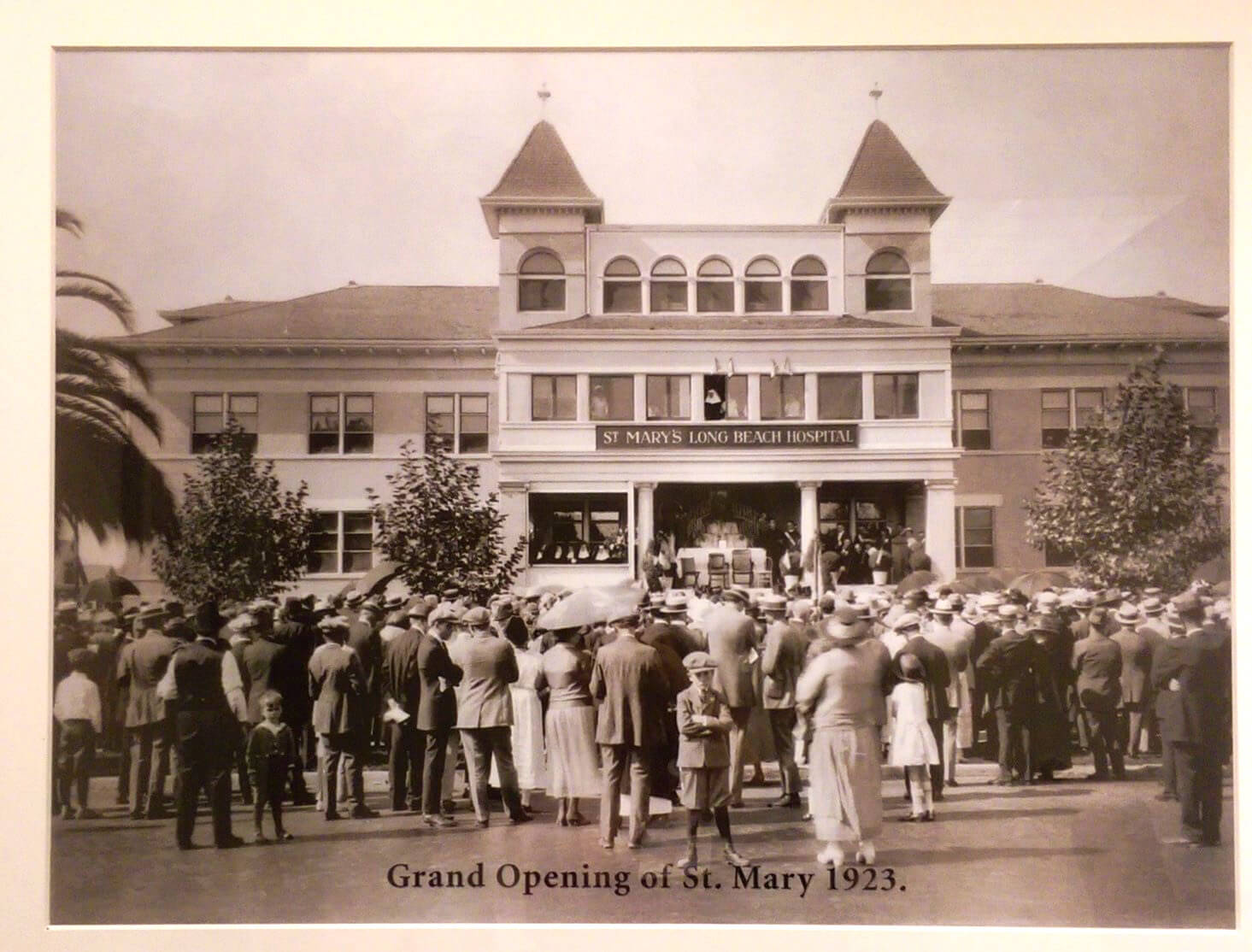 Dignity Health – St. Mary Medical Center in Long Beach was originally founded by the Sisters of Charity of the Incarnate Word as St. Mary’s Hospital on August 26, 1923. The hospital’s goal was to expand the call of Bishop Dubuis to minister to “Our Lord Jesus Christ suffering in the persons of a multitude of sick and infirm of every kind seeks relief at your hands.”

Recently, in recognition of the hospital’s 95th anniversary, Bishop Marc Trudeau, the newly ordained Bishop of the Archdiocese of Los Angeles, San Pedro Pastoral Region, appointed by Pope Francis, joined in a celebratory Mass in the hospital’s chapel. St. Mary was the first Catholic hospital in the region the Bishop visited. He spent time learning about the facility, the community it serves, and even visited patients and offered healing prayers.

According to the medical center’s records, the first hospital was erected at the cost of approximately $300,000 and was able to accommodate 100 patients, with an emergency room, laboratory, pharmacy, and operating room. In 1933, an earthquake shook Long Beach and destroyed St. Mary’s Hospital. The Sisters rebuilt the hospital and expanded to include many of the services that exist today. In 1949, the North Wing opened, more than doubling hospital capacity. Then in 1974, the Bauer Tower began and St. Mary Hospital became St. Mary Medical Center, with all private patient rooms, a larger emergency department, new intensive care unit, and heart care unit, as well as maternal child health services.

The Sisters were always mindful of the need to provide outreach to vulnerable populations within the community. In 1986, they heard the concerns of an innovative Emergency Department social worker, Jennifer Andrews, who saw countless numbers of people with AIDS coming into the hospital. They responded to the drastic need for specialty services by opening the C.A.R.E. Program, a comprehensive center for persons living with HIV and AIDS. At that time, it was the first of its kind formed in response to the AIDS crisis that hit the country hard in the mid-80s. Now it provides care to more than 1,600 clients a year, ensuring social services, food and housing support, and necessary medical treatment. In 1996, St. Mary Medical Center became a part of Catholic Healthcare West (renamed Dignity Health in 2012) continuing the Sisters’ ministry of service.

Today, St. Mary provides a full continuum of care that meets the preventive, curative, supportive and  rehabilitative needs of the city’s diverse population and looks to the future with plans to expand the facility once again. St. Mary Hospital President, Carolyn Caldwell recently announced plans to build a new modern, patient tower and expansion of the emergency department. 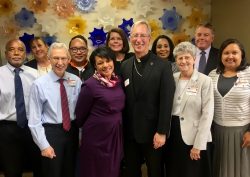