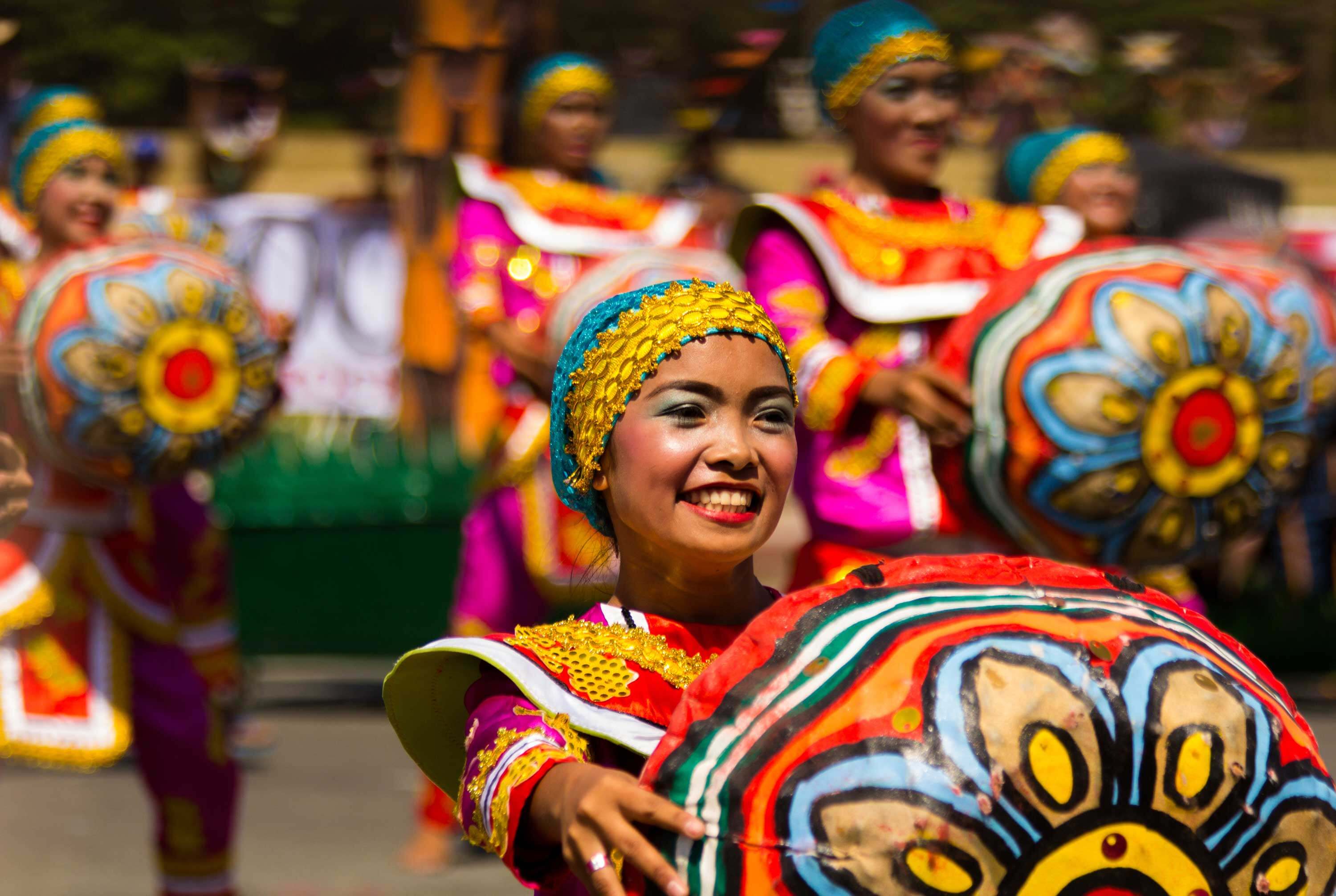 Participants of the Aliwan Fiesta, an annual event that gathers different cultural festivals from the entire Philippines where people compete in a beauty pageant, street dancing and float competitions.

The Philippines is known as a melting pot of western and eastern cultures. The Philippines is a group of more than 7,100 islands and small islands located along the southeast rim of Asia. The Philippines Sea binds it to the east, the South China and Sulu Seas to the west and the Celebes Sea to the south. It comprises a land area equal to that of Italy. The Philippines has over 50 ethnic groups, while the majority of Filipinos is of Malay descent and account for about 95% of the population. The remainder includes ethnic minorities of Chinese and Americans.

84% of the population is said to be Roman Catholic, while 6% are Protestant. The religious minorities are Muslims and Buddhists which account for less than five and one percent of the population respectively. The official languages are Filipino and English, with English being the language of the government.

The social beliefs and customs practiced in the Philippines are primarily influenced by religion and the demographics of the region, where they are practiced.

The cultural diversity in the Philippines is showcased in numerous festivals, locally known as fiestas. All of the celebrations have religious or cultural significance. Due to the predominance of the Roman Catholic faith, most cities and towns in the Philippines have patron saints who are honored through festivals. Some examples are the Silmugi Festival (held in honor of Saint Sebastian), the Sinulog Festival (held in honor of Santo Nino de Cebu), and the Kuraldal Festival (held in honor of Saint Lucy). While most festivals are only observed in particular regions or towns; however, the public holidays are celebrated all over the country, which includes New Year’s Day (January 1st), the Holy Week (between March and April), Independence Day (June 12th), Christmas Day (December 25th), and Rizal Day (December 30th).

The music and local cuisine in the Philippines excellently display its cultural diversity. All cultures in the country influence the music in the Philippines. The traditional folk songs reflect the prevailing customs and beliefs of the people in the area. Some notable composers of Filipino folk music include Lucio San Pedro from the Order of the National Artists for Music as well as Antonio Buenaventura, a renowned patriotic music composer. Local and foreign cultures influence the cuisine in the Philippines. Rice is the staple meal in the country and is usually prepared through steaming and is served together with other foods. The abundance of fish in the country makes seafood another common food item in most households with tilapia, clams, mussels, cod, squid, and salted catfish, fried, and served with rice and vegetables. The Maria Clara is a traditional dress worn by Filipino women; however today, there are updated versions of the dress that can be purchased online, as well as, in some of the well-known brick and mortar stores. The traditional attire gets its name from a famous character known as Maria Clara in the epic 19th-century narrative, “Noli me tangere” written by Jose Rizal.

The national sport in the country is Arnis, a type of martial arts. Boxing and basketball are two of the most popular professional sports in the Philippines with basketball producing these two international players for the country: Robert Jaworski and Carlos Loyzaga.

Even though, there are over 7,100 islands that make up the Philippines; the bulk of its fast-growing population today lives on just 11 of them. 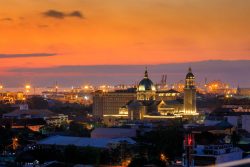 The Minor Basilica and Metropolitan Cathedral of the Immaculate Conception, also known as Manila Cathedral, located in Manila.