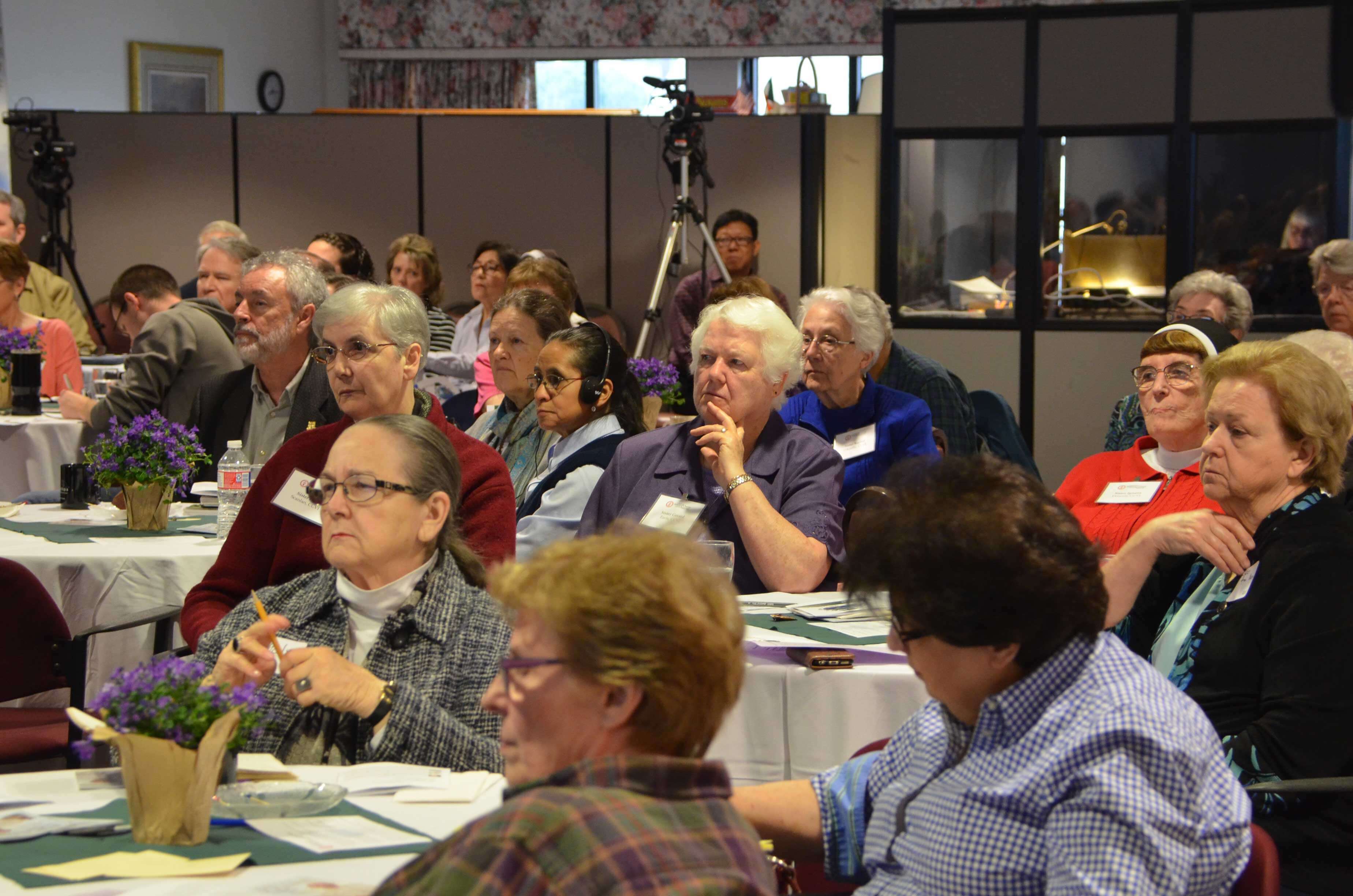 Sisters and participants listen to speakers at the Ecological Awakening Symposium held at Villa de Matel on March 16, 2019.

Called To Conversion: Laudato Si’: Catholic Ecological Awakening hosted by the Congregation and held at the Villa on Saturday, March 16, brought more than 150 people to the campus. Coordinated by Sr. Ricca Dimalibot and Social Concerns Director, Monica Hatcher, the morning of critical reflection on one of the greatest moral challenges of our time, abating climate change and protecting our common home resulted in several calls to action. The speakers and panelists addressed the responsibility of the individual Christian and the role of the Church in changing behaviors to become better stewards of God’s creation. A Labyrinth Prayer Walk took place at 8 a.m. and Spanish interpretation was provided. 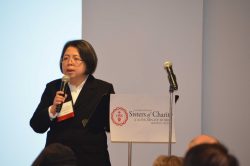