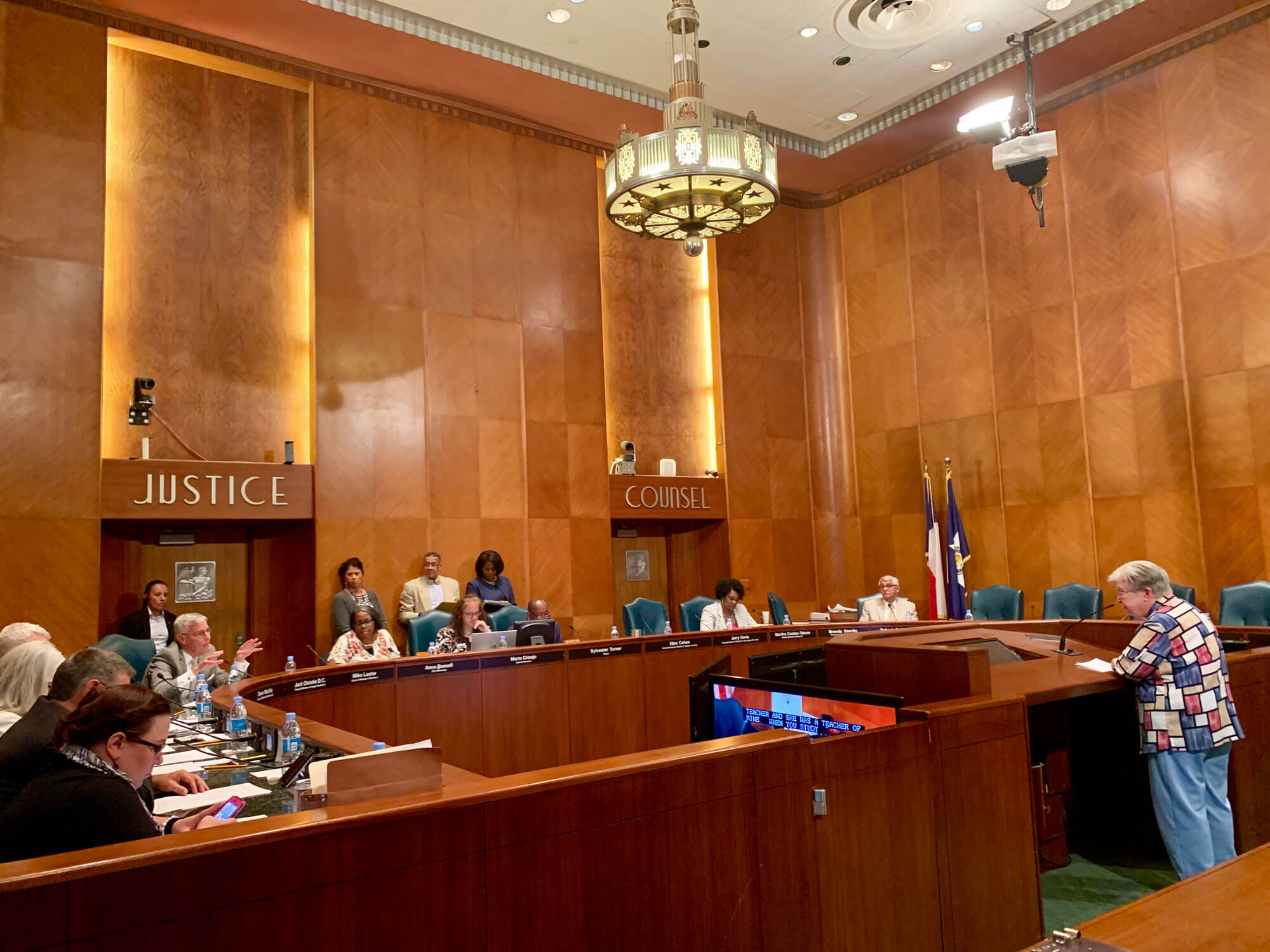 With a single message of the need to stop climate change and environmental destruction, a team of CCVI representatives appealed to Houston’s City Council to take action to reduce landfill waste and do more locally to protect God’s creation.

The advocacy effort was part of the Congregation’s public stance on caring for God’s creation. Council members listened attentively, asked questions, and offered encouragement of our efforts and proposals, underscoring that government does not have all the answers or the power to effect all needed changes.

Sr. Paulette Shaunfield, who spoke first, shared the Congregation’s history of moving from Galveston to Houston to avoid hurricanes like the one that killed ten sisters and 90 orphans in the 1900 storm.

“I am 90 years old, and I’ve seen many hurricanes, and their severity is getting worse. It is being denied that there is climate change, but it’s very apparent,” Sr. Paulette said. She also shared her love for birds, which play a vital role in nature and her dismay about the declining land bird population and the disappearance of robins from the Villa.

Sr. Paulette also thanked Mayor Turner for establishing Sisters of Charity of the Incarnate Word Day in Houston on Oct. 25 in 2016 to commemorate the Congregation’s 150th anniversary.

Sr. Mary McHale pressed council members to do more to discourage the use of plastic grocery bags and shared her heartbreak at the amount of trash in Braes Bayou, which flows near the Villa.

Monica Hatcher encouraged the city to adopt a goal to reduce the amount of waste that is sent to municipal landfills by 50 percent over the next 20 years.

And Sr. Ricca Dimalibot expressed her concern as a physician about the health impacts of a polluted environment.

Herbert James, who is responsible for recycling at the Villa de Matel, spoke about the Congregation’s decades of recycling and the need for constant education.

Councilman Jack Christie was impressed. “I think if we had a thousand more Herbert James in this city, we would have a lot less pollution. I appreciate what you have done over the decades,” Christie said.

Left: Sr. Paulette Shaunfield, 90, shares her concerns about climate change and the effects she has observed on the weather and on the population of continental land birds, including robins that once blanketed the Villa lawns in February. Right: Sr. Paulette Shaunfield, Sr. Mary McHale, Herbert James and Monica Hatcher along with Sr. Ricca Dimalibot, who took the photo, wait for their turn to address the Houston City Council.