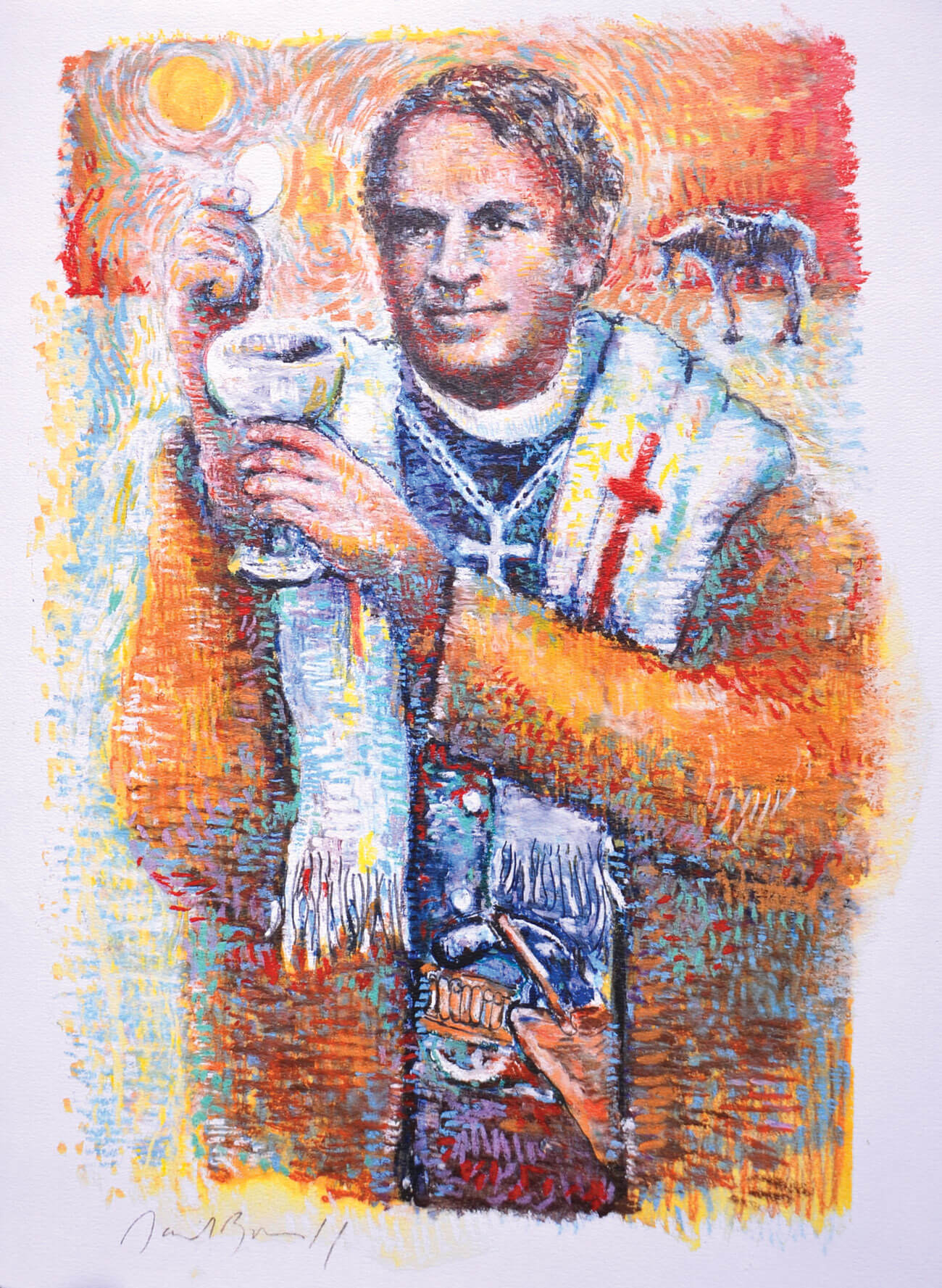 Claude Marie Dubuis, the son of François and Antoinette (Dubost) Dubuis, was born in the hamlet of Têche, in the parish of Coutouvre in France, on March 8, 1817. He was raised on his parents’ farm and received his early instruction from his devout mother. He entered the major seminary of St. Irenaeus at Lyon, France, in 1840, and, in 1844, at the age of twenty-seven, he became an ordained priest. His fi rst assignment was at Lyon, where in 1846, he met Bishop Jean Marie Odin, vicar apostolic of Texas. Bishop Odin had returned to his homeland to recruit missionary priests and nuns for work in Texas. He did not gloss over the hardships his followers would have to endure, but this seemed to inspire more than to deter young Dubuis, who, with a small group of fellow recruits, set sail from Le Havre in March of that year.

The missionaries arrived in Texas the winter of 1847, about six months after Pope Pius IX elevated the state of Texas to a diocese with Odin as Bishop. Dubuis’ first assignment was a pastorate at Castroville, a relatively new settlement. He often had to ride on horseback through the Comanche tribe’s territory to carry out his priestly duties. And, he was captured four times by Native Americans. When Dubuis left Castroville for San Antonio in 1851, he left behind him a healthy, growing St. Louis parish, as well as a church building and rectory built mainly by his own hands. He was given the pastorate at San Fernando in San Antonio, a church that needed more religious to attend to its scattered members.

In the aftermath of the Civil War in 1866, Galveston’s population suff ered from smallpox, diphtheria, yellow fever, mosquitoes, heat, rattlesnakes, and storms. The critical needs of the people of Texas prompted Bishop Dubuis to seek help from his native France. He wrote to Mother Angelique, Superior of the Monastery of the Order of the Incarnate Word and Blessed Sacrament in Lyon, France: “Our Lord Jesus Christ, suffering in the persons of a multitude of the sick and infi rm of every kind, seeks relief at your hands.” These immortal words initiated a process that culminated in the founding of the Congregation of the Sisters of Charity of the Incarnate Word, when Sister Mary Blandine of Jesus, Sister Mary Joseph of Jesus and Sister Mary Ange of Jesus arrived in Galveston on October 25, 1866. During his tenure, Bishop Dubuis brought sixty-six religious into the state.

By 1880, he was suff ering from such poor health that he was forced to return to France, and Bishop Nicholas A. Gallagher took over the administration of the See of Galveston. Dubuis remained ordinary of Galveston until he resigned in 1892. In that year Pope Leo XIII designated him Titular Archbishop of Arca, a title Dubuis held until his death at Vernaison, France, on May 21, 1895. He was fi rst buried in the parish churchyard at Coutouvre, France. In 1949 Bishop Lawrence J. FitzSimon visited the gravesite and discovered that Dubuis’ name on the stone was unreadable and that his tenure as Bishop of Texas did not appear. By 1951 FitzSimon had had the body removed to a crypt inside the parish church, where a new monument was installed. 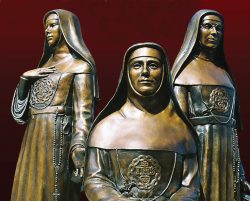