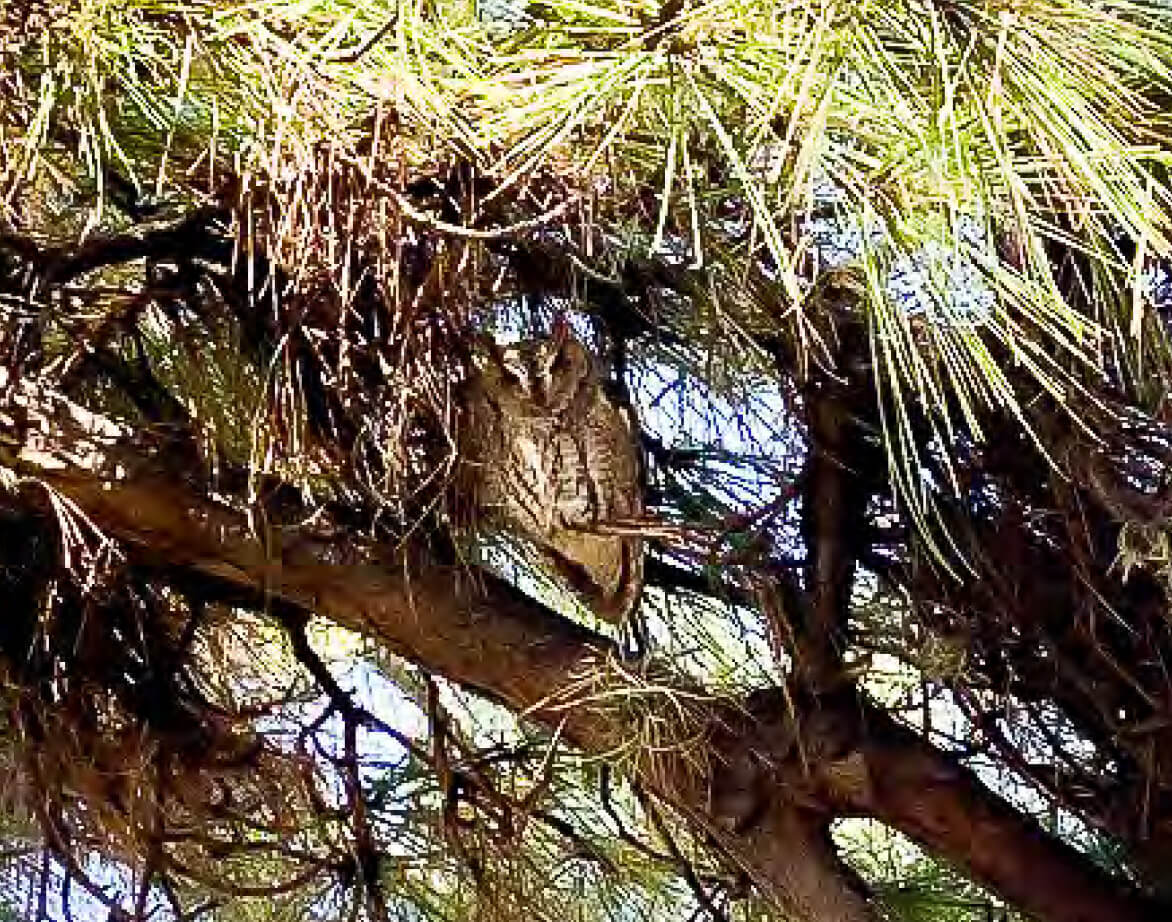 The Eastern Screech Owl (Otus asio) is the smallest owl found here in Texas, weighing just under six ounces. It occupies a variety of habitats from wooded lots to urban gardens. Unfortunately, its population is in decline due to habitat loss and rodent poisons. Contrary to their name, its song is not a screech but more of a drawn-out trilling note descending in pitch: “Eeeeeeheeee- eee”. This song is often described as a mournful whinny. The Eastern Screech Owl is exclusively nocturnal. it begins its nighttime hunting at dusk, where it preys on a wide variety of invertebrates like insects, spiders, and crayfish, and vertebrates such as small mammals, birds, reptiles, amphibians and fish. The Screech Owl is monogamous, laying 2-8 small white eggs. The baby Screech Owls are fed by both mother and father. You will find their nests in tree cavities. Source: Houston Arboretum and Nature Center