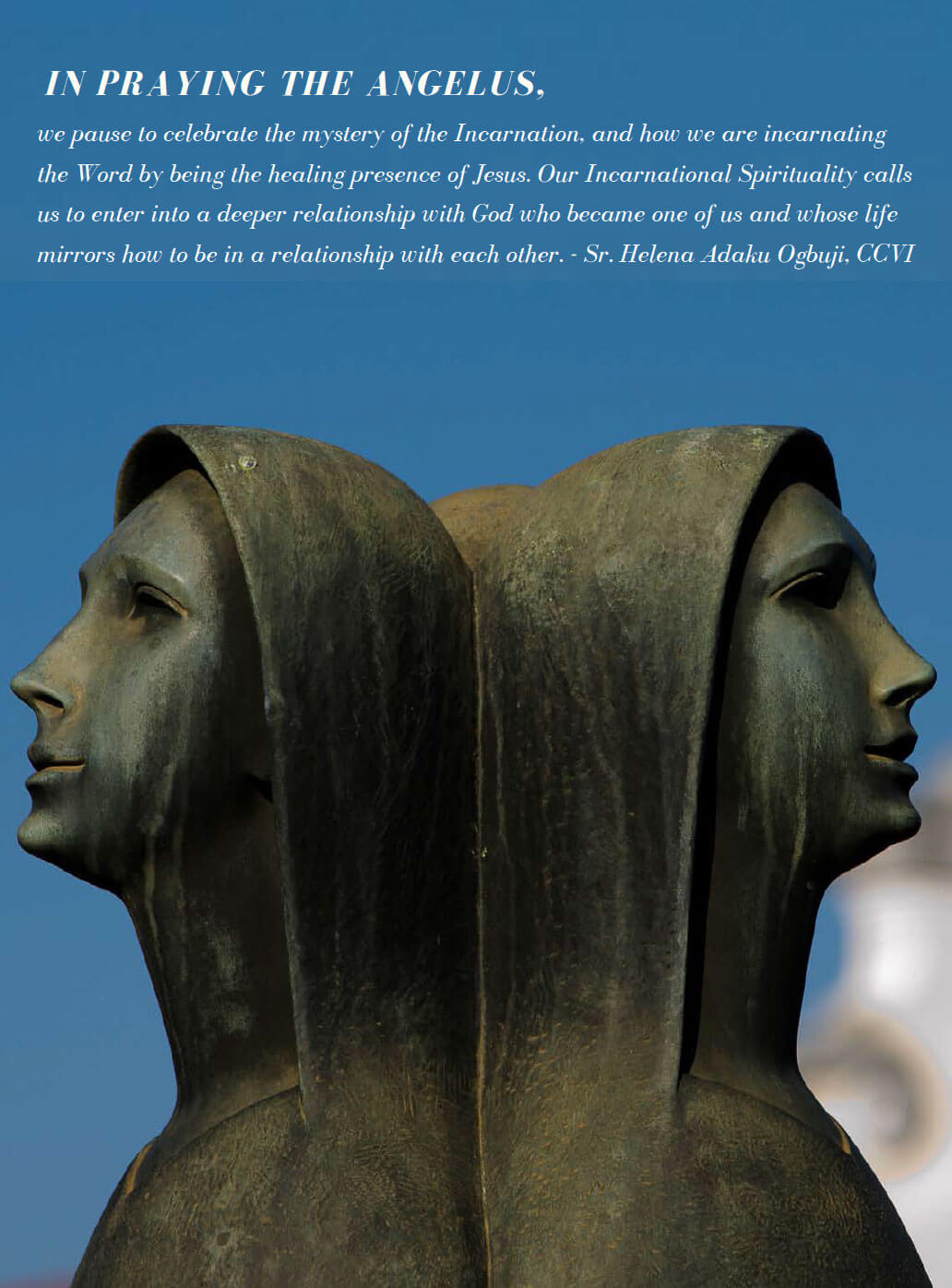 Our world is dehumanized because of injustice, racism, inhuman behavior, lack of tenderness and compassion toward one another and toward God’s creation. As if that were not enough, we are still battling with the outbreak of the Coronavirus pandemic which has the whole world scared and disillusioned. The entire experience feels like walking in a lonely desert and feeling the absence of God. At the start of the pandemic and for many months, the clouds were gloomy and bleak. The roads and streets were empty. The Churches were closed for many months. The number of deaths increased daily. The healthcare providers and first responders were overwhelmed because of pathogen exposure, long working hours, psychological distress and trauma, fatigue, and occupational burnout. The entire world was at a standstill and imagined the “silence of God.” The world was filled with fear, just as were the disciples on the way to Emmaus (Lk. 24:12-32). “We had hoped…”

In the midst of our fears, Jesus walks among us and tells us: “Be not afraid, I am with you on the journey. This darkness will pass away. These clouds will clear and better days will come.” That is why every March 25th, the Church celebrates the solemnity of the Annunciation. This is an important moment for the Church to recall what happened in the history of humanity when the Incarnate Word became flesh after the resounding “YES” of our Blessed Mother Mary. Jesus became one of us to break the distance between us. He is Emmanuel, “God with Us,” even when we assumed him to be a Stranger. He became flesh to humanize our world! He became human so that we may become divine. It is this mystery of the Incarnation and Jesus’s self-emptying (Phil.2:6-8) that we recall when we pray the Angelus.

The Angelus is a Scriptural meditation that points us to Salvation History and the Incarnation story. We meditate on the words of Mary to the angel Gabriel when she gave herself the title: “the handmaid of the Lord.” We join Mary in praying to do God’s will and we invite the Lord “to take flesh” in our lives.

For us, the Congregation of the Sisters of Charity of the Incarnate Word, Houston, the Angelus prayer is especially important. Apart from our individual time to say the Angelus, it is also part of our morning and evening prayer when we pray the breviary as a community and as individuals. In praying the Angelus, we pause to celebrate the mystery of the Incarnation, and how we are incarnating the Word by being the healing presence of Jesus. Our Incarnational Spirituality calls us to enter into a deeper relationship with God who became one of us and whose life mirrors how to be in a relationship with each other.

The Angelus reminds us of the angel Gabriel’s visit to Mary announcing the plan of God for her. It reminds us of Mary’s fiat and her desire to collaborate with God’s plan. It unveils the mystery of the Incarnation and our Lord’s Passion and Resurrection. It is a prayer that invites us to meditate on God’s greatest love for humanity. Praying the Angelus at noon interrupts our daily routines, so that we turn our thoughts to God, to our Blessed Mother, and to the mystery of the Word made Flesh who taught us to pray without ceasing (Lk 18:1; 1Thess. 5:17).

In meditating on and living Incarnational Spirituality, we discover the sacredness in each person; we discover the need to practice compassion and see Christ in all people, as well as the need to stand as agents of transformation and social justice. It inspires us to live in harmony with others who are different from us rather than building walls between “us and them.”

The Incarnate Word mirrored how to live in a dehumanized world. He spent time with sinners and ate with them. He touched the untouchables in society and let himself be touched. He reached out to the poor and the discriminated. The Spirituality of the Incarnation, embedded in the Angelus prayer, challenges us to commit to eliminating the walls that bring discrimination and to build bridges in the world of walls and dehumanization.

“In meditating on and living Incarnational Spirituality, we discover the sacredness in each person; we discover the need to practice compassion and see Christ in all people, as well as the need to stand as agents of transformation and social justice.”

Through the mystery of the Incarnation, Jesus became one with nature and inserted himself, not only into historic reality but also into cosmic reality. He stepped foot on this earth, he breathed the air, and he contemplated about the soil, harvest, etc. Pope Francis, in his encyclical, Laudato Si’, revealed a new relationship with nature and a sense of responsibility and commitment to created things. Our Spirituality, therefore, calls us to be ecologically compassionate and just in our lifestyles and behaviors.

Incarnational Spirituality is all about compassion, love, and tenderness toward all God’s creation. The tenderness that comes from within, has the power to heal and bring us closer to God. We are all striving to become more human-like the Incarnate Word. And may Jesus help us to become by grace, what He is by nature—Divine. Praised be the Incarnate Word—Forever.

A History of the Angelus

The origin of praying the Angelus is dated around the 11th century, when Franciscan monks prayed three Hail Marys along with the bell that was rung, at their evening prayer. In 1269, St Bonaventure proposed that his Franciscan Friars recite these three Hail Marys in the evening after Compline, meditating on the mystery of Christ’s Incarnation, urging at the same time that the recitation be preceded always by the ringing of a bell so that the brothers and all the faithful nearby would know that it was time for the Hail Mary.

In 1456, Pope Calistus III directed the ringing of the Church’s bells every day at noon and he encouraged Catholics to pray three Hail Marys. The Pope exhorted the faithful to use the noonday prayers to pray for peace in the context of the 15th century invasion of Europe by the Turks. Thus, the bell rang at noontime and became known as the “Peace” bell. At some point in history too, an indulgence was granted to those who pray the Angelus in the morning, at noon, and in the evening. The morning Ave Maria, as it was called, focused on Christ’s resurrection, the noontime prayer focused on his Passion, while the evening prayer was for His Incarnation.

Toward the end of the 16th century, the Angelus became the prayer as we know it today with three Hail Marys, and short verses in between (called versicles), ending with a concluding prayer. It was first published in modern form in a catechism around 1560 in Venice. At this time, the Angelus was said kneeling, but Pope Benedict XIV directed that the Angelus be recited while standing and he exhorted that, during the Easter Season, the Regina Caeli (Queen of Heaven) be said instead of the Angelus. – Sr. Helena