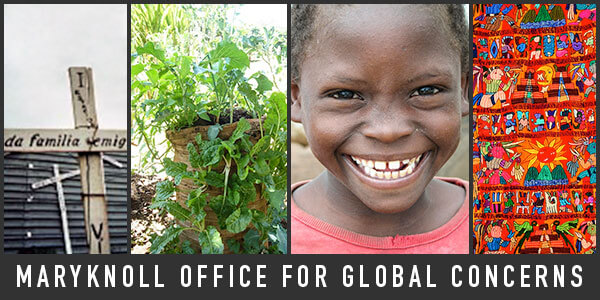 “I pledge the assistance of the Church in every effort to build peace through active and creative nonviolence.” – Pope Francis 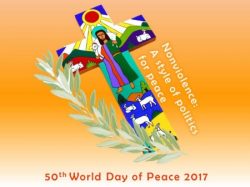 The World Day of Peace is celebrated each year on the first day of January, when the pope sends his message to all foreign ministers around the world. This year the message is so exciting that we want to share it with you now.

“To be true followers of Jesus today also includes embracing his teaching about nonviolence,” Pope Francis said in his message entitled “Nonviolence: A style of politics for peace.” He goes on to say that “the eight Beatitudes provide a portrait of the person we could describe as blessed, good and authentic” and “also a program and a challenge for political and religious leaders, the heads of international institutions, and business and media executives.”

Pope Francis says that “Jesus himself lived in violent times” and “marked out the path of nonviolence” when he taught his disciples to love their enemies and to turn the other cheek.

He highlights great peacemakers to demonstrate that nonviolence is more powerful than violence. He names Mahatma Gandhi and Khan Abdul Ghaffar Khan in India, Dr. Martin Luther King, Jr. in the U.S., Leymah Gbowee in Liberia, as well as Saint Francis of Assisi, Mother Teresa of Calcutta, and Saint Therese of Lisieux.

Pope Francis pledged “the assistance of the Church in every effort to build peace through active and creative nonviolence.” One way he plans to fulfill this pledge is through the work of the new Dicastery for Promoting Integral Human Development, set to open at the Vatican on January 1.